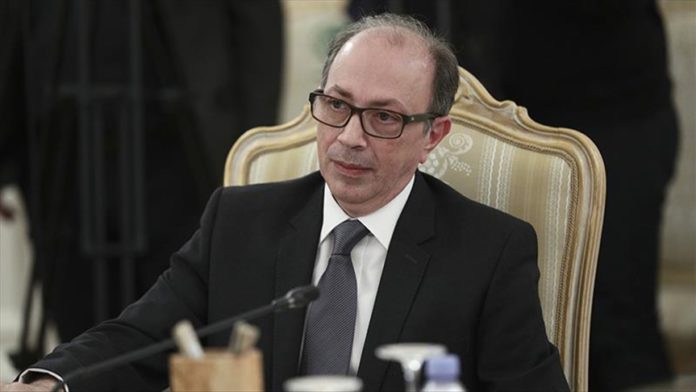 Speaking at a news conference in Moscow, following the meeting with his Russian counterpart Sergey Lavrov, Ayvazyan said the agreement “stopped the bloodshed and secured a cease-fire” in the region.

He, however, argued that some of the main issues related to the settlement of the Karabakh conflict have not yet been resolved and will be discussed between the sides once the situation in the conflict region is stable.

For his part, Lavrov said the agreement is being implemented and that Russia is satisfied with the parties’ adherence to the cease-fire.

Lavrov rejected the EU’s foreign policy chief Josep Borrell’s allegation that Russia and Turkey try to push the EU from the process of settling disputes in Syria, Libya, and Nagorno-Karabakh, a process Borrell called “astanization”, an analogy with the Astana format for the settlement in Syria.

The minister said the EU has to act in a modern way and should not try to present the world as one supposed to be divided into spheres of influence.

“There is enough space for those who participate in processes of settlement honestly, and not for the sake of obtaining some geopolitical benefits and unilateral advantages,” he said, adding that Russia, Turkey, and Iran are not indifferent to the situation in the South Caucasus, as they are direct neighbors of the countries of this region.

“As for the general mood that Josep Borrell outlined in his blog, as I understand, he is a little concerned that someone other than the EU can take some initiative steps in the modern world,” he said.

Relations between the former Soviet republics of Azerbaijan and Armenia have been tense since 1991 when the Armenian military illegally occupied Nagorno-Karabakh, also known as Upper Karabakh, a territory recognized as part of Azerbaijan, and seven adjacent regions.

Japan aims to keep more virus patients out of hospital