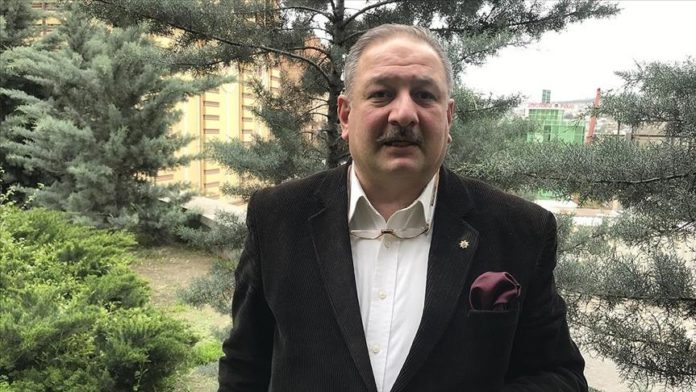 The Armenian claims about the events of 1915 are lies, and neighboring Georgia made the right decision by rejecting them, said a Georgian foreign policy expert on Saturday.

“The events of 1915 cannot be regarded as genocide. The Armenian claims regarding the 1915 events are a lie,” said Simon Kopadze, head of the Georgian Academy of Political Science and International Relations.

He said that the Armenian community’s claims on the events that took place 106 years ago are untrue and that they even refused to research the events in their historical archives to avoid the truth.

“Although the government of Turkey repeatedly urged (research), Armenians avoid looking at the archives,” he added.

While it was already at war with Russia in 1915, the Ottoman Empire was attacked in Canakkale, northwestern Turkey across the country, and had to take measures against Armenian separatist movements that undermined the war effort, he said.

Armenian separatists – with support from foreign powers, especially Czarist Russia – carried out terrorist acts against the Ottoman Empire before 1915, he explained.

“With the help and provocation of Russia, armed groups were formed from the Armenians, and they got war training,” he said, noting that Armenian terrorist groups carried out various attacks in neighboring Georgia and Azerbaijan starting in 1905.

The events of 1915 were a conflict that took place during the war, and nobody meant to commit genocide against the Armenian people, he added.

He criticized some countries’ acceptance of the Armenian claims without discussion, saying: “It is absolutely wrong for some countries like France to recognize these unilaterally.”

“Of course, Armenians try to use this issue in their own way, but this situation actually serves Russia,” he added.

Calling on Armenians to do research in the historical archives, he said, “Turkish President Recep Tayyip Erdogan repeatedly said that the archives are open to anyone.”

Turkey objects to the presentation of these incidents as “genocide,” describing them as a tragedy in which both sides suffered casualties.
Ankara has repeatedly proposed the creation of a joint commission of historians from Turkey and Armenia as well as international experts to tackle the issue.