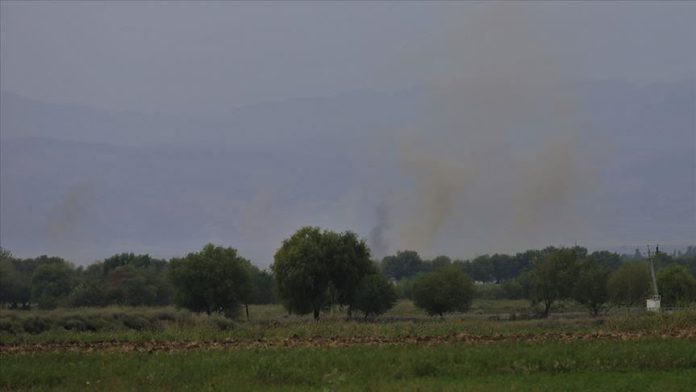 Armenian forces on Sunday launched a missile attack on the Khizi and Absheron regions of Azerbaijan, according to a senior presidential official.

Hikmet Hajiyev, the assistant to the president and foreign policy chief for Azerbaijan’s presidency, said on Twitter that Armenian forces launched two 300-kilometer mid-range missiles on the regions.

Earlier, Haciyev announced that Mingachevir, an industrial city in Azerbaijan, had also been targeted by an Armenian missile strike.

Azerbaijan: Not much room for negotiations with Armenia