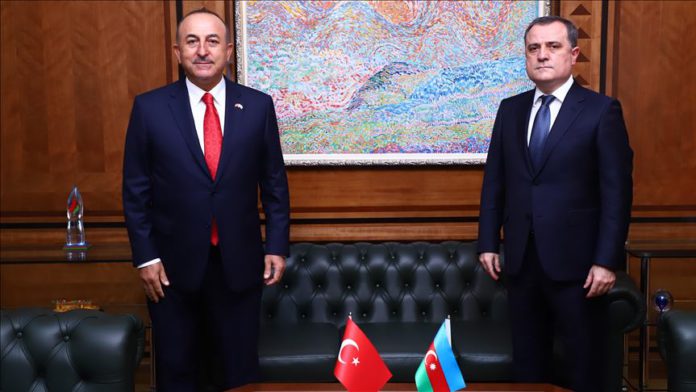 Armenia’s attacks on civilian settlements in Azerbaijan are not only a “crime against humanity” but also “a sign of the desperation” that the country fell into, said Turkey’s foreign minister on Tuesday.

Cavusoglu also criticized the Minsk Group’s neutral stance on the conflict, saying that victimized Azerbaijan cannot be considered the same as Armenia, which is the occupying country.

Calling on the international community to also support Azerbaijan’s territorial integrity, he stressed that Turkey’s “sister nation Azerbaijan is showing that there cannot be, should not be any double standards of this matter either in the field or in negotiations.”

Separately, Azerbaijan Foreign Minister Ceyhun Bayramov also criticized Armenia, saying it has “a terrorist mentality” with no scruples over achieving its goals.