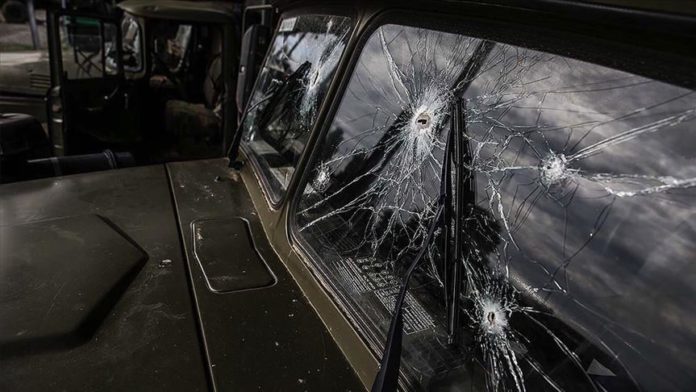 As Armenia continues to violate the cease-fire, Azerbaijan’s forces successfully repulsed the attacks and maintained its superiority, the Azerbaijani Defense Ministry said on Tuesday.

It also rejected Armenia’s “completely false” reports regarding the military situation on the front.

“The information spread by the Armenian side that they pushed the Azerbaijan Army units in the southern part of the front back to the previous positions is completely false,” the Azerbaijani ministry said in a separate statement.

“The Azerbaijan Army has complete tactical and firing superiority over the enemy in all areas of the front.”

“The information spread by the Armenian media that the Azerbaijan Army allegedly fired at civilians again in the Shusha and Khojavend cities this morning is false. Azerbaijan Army does not open fire at the civilians and non-military infrastructure,” read a statement.

According to the Azerbaijani ministry, Armenian forces targeted Fizuli city and its surrounding villages with the Smerch artillery rocket system on Tuesday morning.