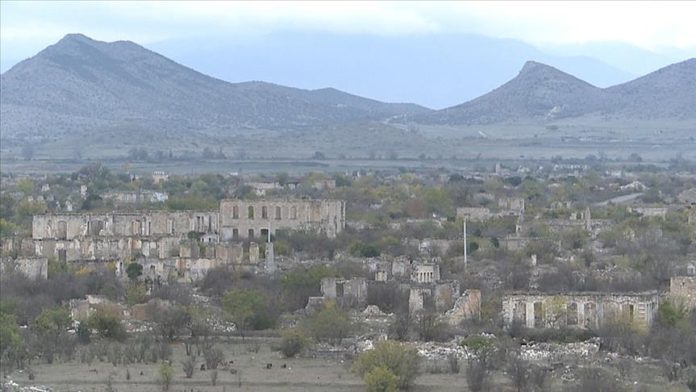 Armenian forces in Nagorno-Karabakh violated cease-fire on Sunday and martyred an Azerbaijani soldier, the Azerbaijani Defense Ministry said on Monday.

“On December 27, at about 15:30, an illegal Armenian armed group or a detachment of six remnants of the Armenian armed forces attacked the units of the Azerbaijan Army in the direction of the Aghdam (Akaku) village of the Khojavend region.

“A serviceman of the Azerbaijan Army, soldier Ganbarov Elmir Rayil was killed and soldier Aliyev Emin Suleyman has been injured. As a result of the actions taken, all six members of the illegal Armenian armed group were annihilated,” the ministry said on Twitter.

It also warned against “firm measures” by the Azerbaijani Army if such a case happens again.

Relations between the former Soviet republics have been tense since 1991 when the Armenian military occupied Nagorno-Karabakh, recognized as an Azerbaijani territory, and seven adjacent regions.

However, Armenian army violated the cease-fire on Dec. 13 and martyred three Azerbaijani soldiers in Khojavend’s Sur village and a soldier and a civilian near the Hadrut town, according to the Defense Ministry.