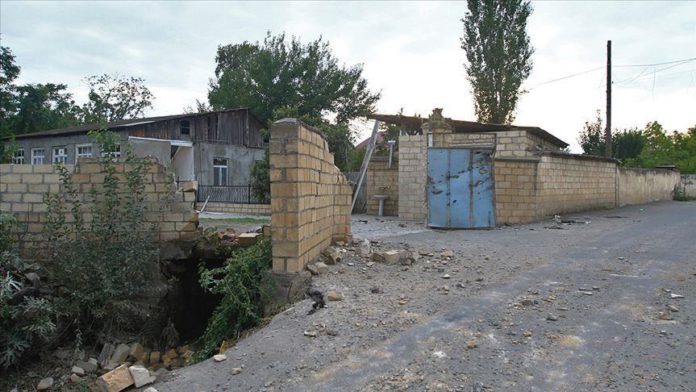 Over the past few months, Armenia has brought some 300 YPG/PKK terrorists from Middle Eastern countries to the occupied Nagorno-Karabakh region to train Armenian militias, said the sources, requesting anonymity due to restrictions on speaking to the media.

According to the sources, Armenia struck a covert deal with the YPG/PKK terror group at the end of July, before it started attacking Azerbaijani civilian settlements.

Armenian militias trained by YPG/PKK terrorists in Nagorno-Karabakh are the ones being used to target Azerbaijani civilians, the sources added.

The PKK is listed as a terrorist organization by Turkey, the US, and the EU, with the YPG being the terror group’s Syrian offshoot.

In its more than 30-year terror campaign against Turkey, the PKK has been responsible for the deaths of 40,000 people, including women, children, and infants.

The Azerbaijani military has reclaimed more areas that were occupied by Armenia, according to the sources.

Having established control over multiple strategic hills, Azerbaijani forces have now liberated the areas of Seyid Ahmedli, Karakhanbeyli, and Horadiz, the sources said.

Azerbaijan has destroyed nearly more than 30 Armenian armored vehicles and its operations in the occupied region are progressing successfully, they added.

Azerbaijan’s parliament declared a state of war in some cities and areas, following Armenia’s border violations and attacks in the occupied Upper Karabakh, also known as Nagorno-Karabakh, region.

First round of Libyan political talks begins in Geneva