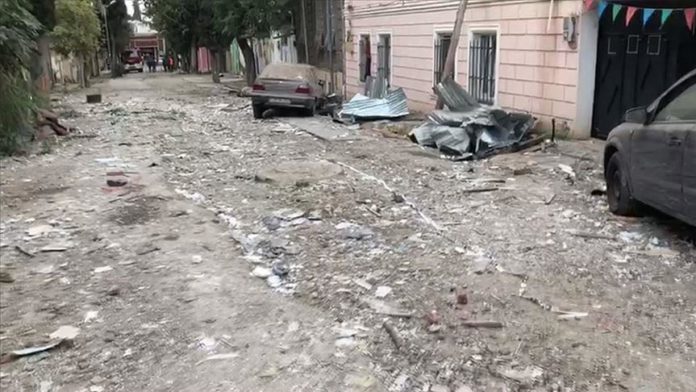 Azerbaijan said on Sunday that Armenian armed forces have shelled its second largest city Ganja, escalating the conflict which flared up last week.

In a statement, Azerbaijan’s Defense Ministry said Armenian armed forces are firing rockets in Fizuli region from Armenia, and heavy artillery in Aghdam and Terter regions from “occupied territories.”

The enemy shelled Ganja city from Armenia, it said.

Separately, Hikmet Hajiyev, an assistant to Azerbaijan’s president, on Twitter said “indiscriminate missile attacks are launched against Ganja, Füzuli, Tartar and Jabrayil cities of Azerbaijan from territory of Armenia.”

He added: “Ganja is the second biggest city of Azerbaijan. 500.000+ population.”