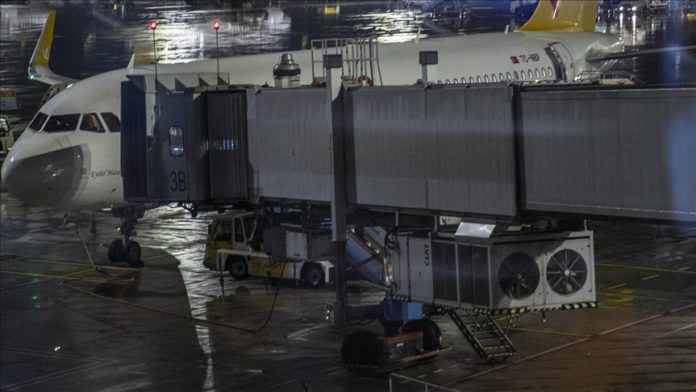 Reciprocal charter flights were relaunched Wednesday between Istanbul and Yerevan amid talks between Turkiye and Armenia to normalize relations.

A FlyOne airlines flight took off from Yerevan International Zvartnots Airport at 6 p.m. local time Wednesday and will land at Istanbul’s Sabiha Gokcen Airport around 7.30 p.m.

There were no direct flights between Turkiye and Armenia for around two years after Turkish airline Atlasjet went bankrupt in February 2020.

Pegasus Airlines and Fly One Armenia will run three flights per week between Istanbul and Yerevan.

Despite being neighboring countries, Turkiye and Armenia have had difficulties in diplomatic relations since Armenia declared independence in 1991 following the dissolution of the Soviet Union.

The two countries have been divided on a range of issues — from Armenia’s refusal to recognize a shared border to its occupation of Nagorno-Karabakh and 1915 events between the Ottoman Empire and Armenians.

Although Turkiye was one of the first countries to recognize Armenia’s independence in 1991, the border between the two countries had remained closed since 1993 after Armenia’s occupation of Nagorno-Karabakh.

In an attempt to normalize relations, Turkiye and Armenia signed the “Zurich protocols” in 2009 but failed to ratify the agreement in their respective national parliaments.

Bilateral relations, however, recently gained a new dimension toward normalization with Turkish and Armenian special envoys, Serdar Kilic and Ruben Rubinyan, holding their first meeting in Moscow on Jan. 14, where both sides agreed to continue negotiations without preconditions aiming at “full normalization.”

In another positive development, Armenia announced it would lift an embargo on Turkish imports in January.