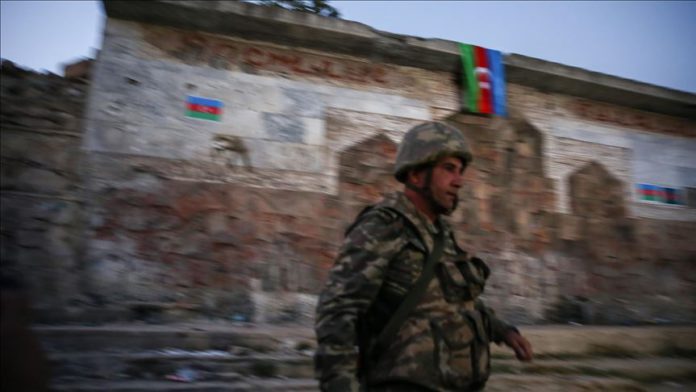 Azerbaijan on Saturday rejected Armenia’s “false and fake” claims that its forces used white phosphorus munitions in Upper Karabakh, saying that it is Yerevan that actually intends to use the illegal weapons.

Armenia is attempting to lay the basis for further provocations by delivering phosphorus cargo to the territory of Khojavend, the Azerbaijani Defense Ministry said in a statement.

Citing intelligence data, the ministry said Armenia is likely to use the “phosphorus-containing ammunition” against the Azerbaijani army.

“The Armenian side lays the basis for its further provocations by spreading on Oct. 30 false and fake information about the alleged use of weapons containing white phosphorus by the Azerbaijan Army,” read the statement.

“We declare once again that the Azerbaijan Army does not have any prohibited ammunition in its armament.”

Clashes continued in the Agdere, Khojavend, and Gubadli directions of the front on Saturday, according to Azerbaijan’s Defense Ministry.

Armenian forces tried to target the cities of Tartar, Agdam, and Aghjabadi, it said in a statement.

The front is under the Azerbaijani army’s control, the ministry said.