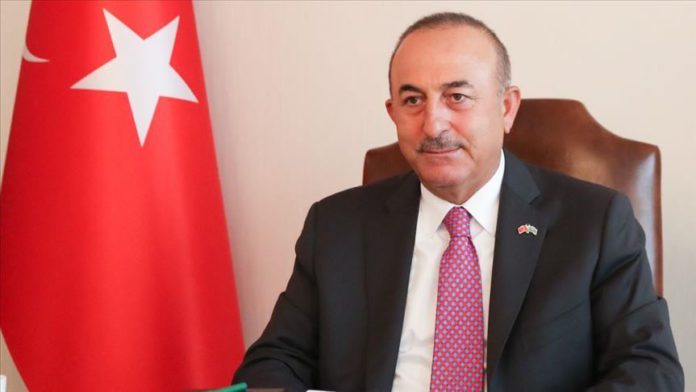 For Azerbaijan to agree with a cease-fire, Armenia must withdraw its forces from occupied Azerbaijani territories, the Turkish foreign minister said Friday.

Speaking at a joint news conference with his Italian counterpart Luigi Di Maio, Mevlut Cavusoglu said Turkey stands in solidarity with Azerbaijan against its struggle for the occupied territories of Upper Karabakh.

“If the international community wants to do something about Upper Karabakh, they should get Armenia to leave Azerbaijani lands at once,” he said.

Azerbaijan’s parliament declared a state of war in some of its cities and regions following Armenia’s border violations and attacks in the occupied Upper Karabakh, also known as Nagorno-Karabakh.