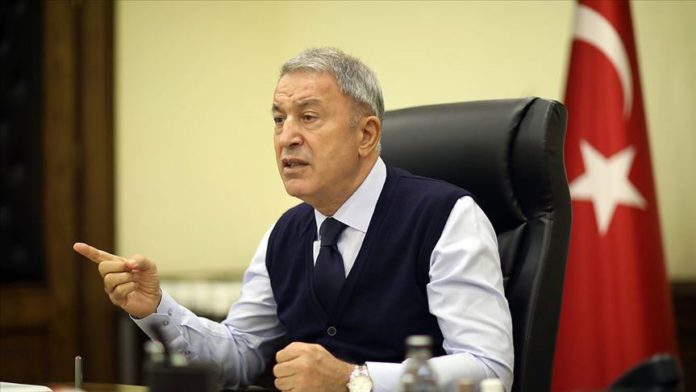 Armenia must withdraw from the Azerbaijani territories it occupied and stop cooperating with terrorist organizations, Turkey’s defense minister said on Monday.

“Armenia must withdraw from the [Azerbaijani] territories it occupied, end cooperation with terrorist organizations, and get rid of mercenaries and terrorists from the [Upper Karabakh] region,” Hulusi Akar said in a virtual conference with Turkey’s high-rank military officials.

By targeting civilians, Armenia is committing a “war crime” in the occupied Azerbaijani territory of Upper Karabakh, which should be known by everyone, he underlined.

Armenian authorities, who are openly targeting innocent civilians, will surely be judged by the conscience of humanity, particularly of their own people, he added.