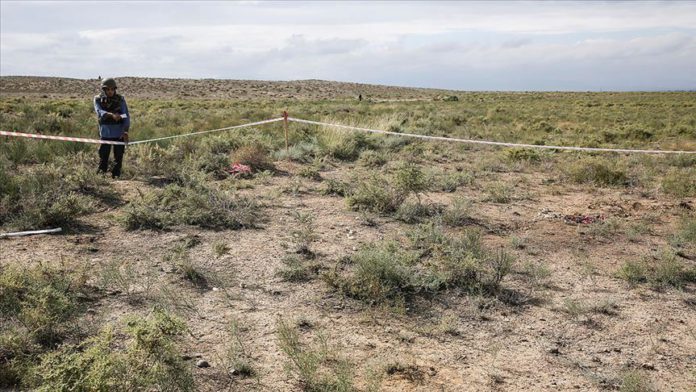 Armenia must surrender the Azerbaijani territories that it has occupied, Turkey’s National Defense Ministry said on Saturday.

“Azerbaijani Army acted heroically and achieved great triumphs to liberate its lands that were occupied. Armenia must now surrender the lands that it has occupied to their rightful owner,” the ministry said in a tweet.

Reiterating Ankara’s support for Baku, the ministry added: “Until then, we will continue to stand by our Azerbaijani Turkish brothers and sisters.”

It said Armenian attempts to attack the Aghdere-Terter and Fizuli-Jabrayil fronts were successfully suppressed by the Azerbaijani military.

Turkey has hailed the cease-fire as an “important first step” but stressed that such measures “cannot replace a lasting solution.”

In a statement on Saturday, the Turkish Foreign Ministry also reaffirmed Ankara’s unwavering support for Azerbaijan “on the ground and at the [negotiation] table.”