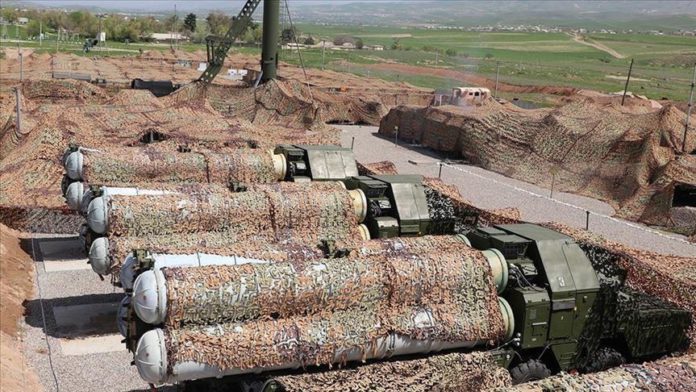 “According to our intelligence information, the S-300 anti-aircraft missile systems that were defending the airspace of Yerevan have been removed from combat duty and are moving in the direction of the occupied territories,” said Col. Vagif Dargahli, head of the ministry’s press service.

He asserted that the missile systems will meet the same fate as the other military equipment destroyed by the Azerbaijani army in the Upper Karabakh area, reported Azertac, Azerbaijan’s state news agency.

Dargahli said the recent clashes had once again laid bare the “myth” of the Armenian army being an “invincible” force.

He said the Azerbaijani army had neutralized one more Armenian tank in battles around the occupied Goyarkh village in Aghdara district.

“Their soldiers are in a panic. Many of them, including the newly arrived reserves, are refusing to join the battle and are leaving the combat area,” Dargahli said.

At least 12 civilians have died and 35 more have been injured in Armenian attacks so far, according to Azerbaijani authorities.