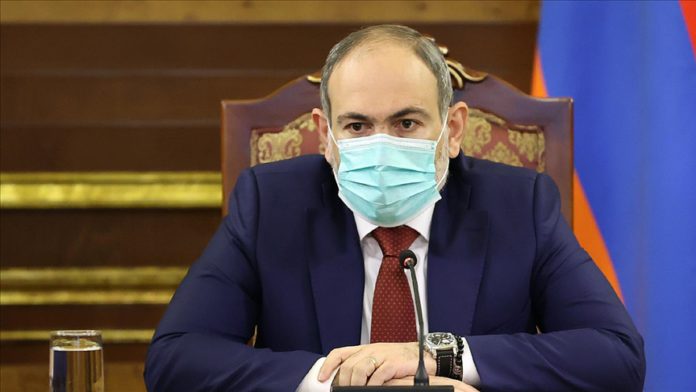 Pashinyan proposed holding a referendum in the former Soviet republic in late 2021 to adopt a new constitution, adding snap elections were possible under certain conditions.

“In October, we need to start the process of adopting a new constitution or making changes to the constitution. A transition scenario to a semi-presidential system is also possible,” he said, speaking to thousands of his supporters in Republic Square in the capital Yerevan, adding a referendum should be held for that purpose.

Under a semi-presidential system, the country is ruled by an elected president, a prime minister and a cabinet.

“Our biggest task should be the creation and formation of such constitutional structures that will guarantee stability and security in the Republic of Armenia, will exclude the formation of such crises,” said Pashinyan, who has been in power since 2018.

“Let’s go to the polls and see whose resignation the people are demanding,” he added.

Opposition groups demanding the resignation of Pashinyan and his government also gathered at the same time on Marshal Baghramyan Avenue in the capital.

Referring to a statement issued by Chief of General Staff Onik Gasparyan and other senior commanders calling on him to resign, Pashinyan said: “The chief of general staff violated the law with this statement, and he must resign. This is inevitable.”

Pashinyan, who argued that former Armenian President Serzh Sargsyan also provoked the army against him, said the statement by the general staff was published as a result of the influence of former officials and especially Sargsyan.

Sharing the hope that President Armen Sargsyan will sign a decree dismissing Gasparyan, Pashinyan stressed that he is ready to go to early parliamentary elections.

The dispute over dismissing Gasparyan after he called for the premier’s resignation last week continued between Pashinyan and Sargsyan.

Though Sargsyan rejected Pashinyan’s order to sack the chief of general staff, Pashinyan sent the same decree to the presidency again.

Gasparyan along with other senior commanders released a statement last week calling for Pashinyan’s resignation.

The unrest follows the end of a military conflict between Armenia and Azerbaijan last fall which was widely seen as a victory for the latter. 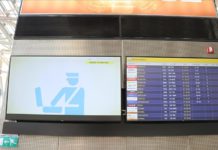 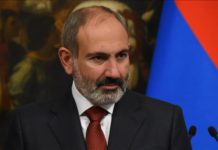 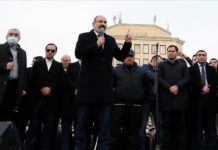