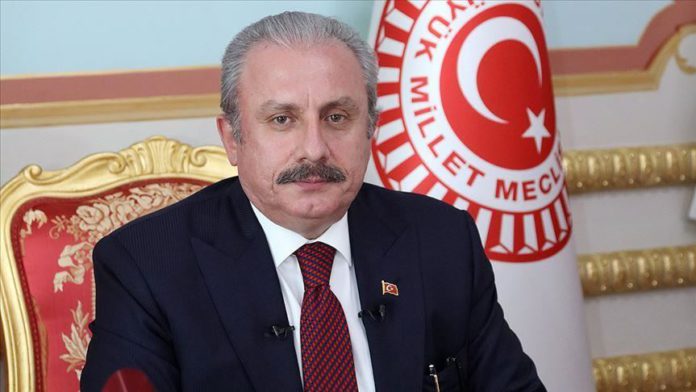 “These attacks are a war crime because they directly target civilians,” Mustafa Sentop said on Twitter, urging for a trial.

Armenia’s attacks continued despite a humanitarian truce agreed on Saturday for the exchange of prisoners and retrieval of bodies in Upper Karabakh, or Nagorno-Karabakh, an internationally recognized territory of Azerbaijan.

Since clashed began on Sept. 27, as many as 41 Azerbaijani civilians have been killed and more than 200 injured.

Also criticizing Armenia’s attacks was Turkey’s Vice President Fuat Oktay, who took to Twitter to say that “Armenia is committing a crime against humanity targeting civilians while it has not been even 24 hours since the cease-fire took effect.”

He blasted the international community for their ignorance.

“By ignoring this hypocritical attitude, the international community becomes a party to the crime,” Oktay said.