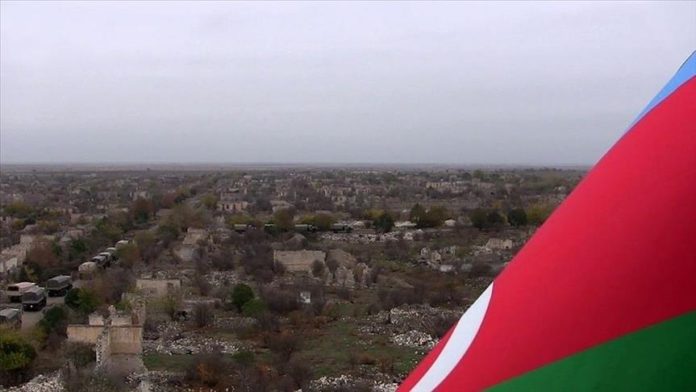 Azerbaijan wants to transition from post-conflict conditions in the South Caucasus to peaceful development and cooperation, while Armenia has flouted Baku’s statements on starting talks for a peace agreement, the country’s president said on Friday.
Ilham Aliyev received the foreign ministers of Romania, Austria and Lithuania, along with a delegation from the EU visiting Azerbaijan as mandated by EU foreign policy chief Josep Borrell, according to a statement by the Azerbaijani Presidency.

The top diplomats of the three EU member states visited Azerbaijan to hold talks on the current situation in the region after Azerbaijan liberated the Upper Karabakh region last year from decades of Armenian occupation.

“We expect a positive response from our interlocutors after last week’s elections in Armenia,” said Aliyev. “We need peace, sustainable development and foresight, not war in our region.”

Urging active cooperation with the EU on the issue, Aliyev said Azerbaijan welcomes the bloc’s involvement in regional affairs.

“We appreciate any initiative that serves the purpose of peace, reconciliation, development and cooperation in the South Caucasus,” he said.

Romania’s Bogdan Aurescu said Bucharest aims to step up efforts to contribute to the region’s development in the post-conflict period.

Austria’s Alexander Schallenberg, meanwhile, stressed the importance of the transition to peace and finding a permanent peaceful solution to the conflict in the region.

The foreign ministers will also hold talks in Armenia and Georgia after departing Azerbaijan.

Turkey: 1st batch of vaccines to come on Wed from China