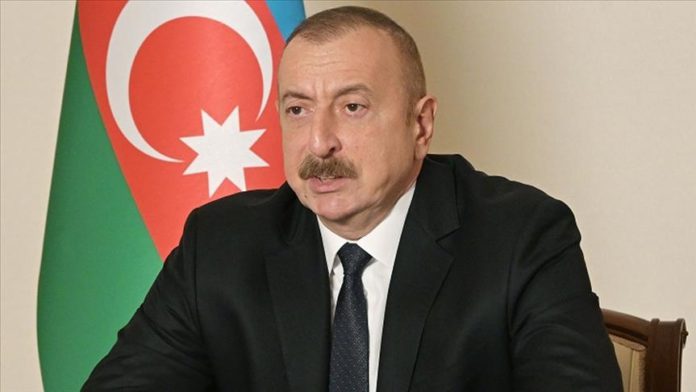 Azerbaijan’s president criticized Armenia on Thursday, saying internal conflicts occur almost daily in the country and the principles of democracy are ignored.

“Armenia has never been in such a pathetic situation,” said Ilham Aliyev, addressing the current crises in Armenia in his speech at a ceremony in the capital Baku to hand out apartments to the families of martyrs and veterans.

“It is their leaders who put them in this situation, both the Kocharyan-Sargsyan regime, which ruled the country for 20 years, and the administration that came after them,” said Aliyev.

“But for some reason, some states and non-governmental organizations that talk about democracy turn a blind eye to it. The opposition in Armenia is pressured every day, arrested and killed, but no one reacts. What does this mean?”

He said that “30 years of history shows once again that we did not win this victory only against Armenia. Organized and powerful circles were united against us and wanted to keep our land under occupation forever. Armenia was just a tool. We have destroyed this insidious policy and restored justice.”

Earlier in the day, the Armenian military released a statement calling on Prime Minister Nikol Pashinyan to step down.

The premier blasted the military’s call as a “coup attempt” and urged his supporters to take to the streets to resist. He later announced the dismissal of the Chief of General Staff on Facebook.