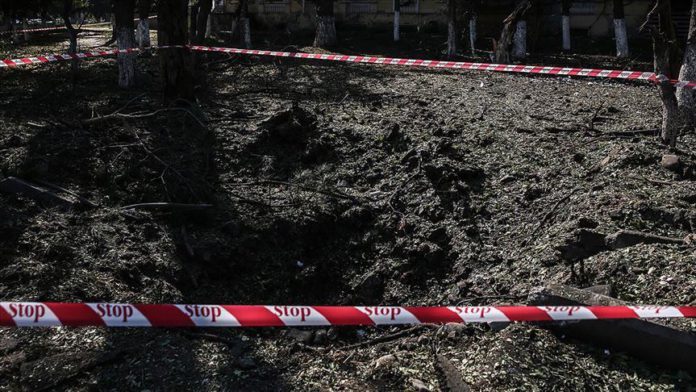 According to the statement, the missile attack did not claim any lives but material losses have yet to be announced.