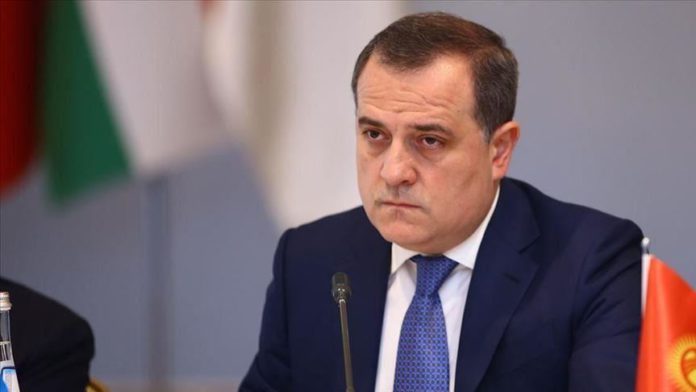 Yerevan’s position led to the escalation in July this year, Jeyhun Bayramov said at a joint news conference with his Russian counterpart Sergey Lavrov in Moscow.

“With regret I would like to stress that there is no progress in the Nagorno-Karabakh conflict settlement, Armenia continues to occupy 20% of internationally-recognized territory of our country.

“The native Azerbaijani population was expelled from these territories, and their homes are inhabited by ethnic Armenians from abroad, including from the Middle East, which in turn is a gross violation of international humanitarian law, primarily the Geneva conventions,” Bayramov said.

Baku counts on Russian efforts in pushing forward the peace settlement, he added.

At least 12 Azerbaijani soldiers, including high-ranking officers, were martyred and four troops were wounded this July in cross-border attacks by the Armenian army.

The Armenian side withdrew after suffering heavy losses following retaliation from the Azerbaijani army.

1st Turkish-made electric train to be tested in May