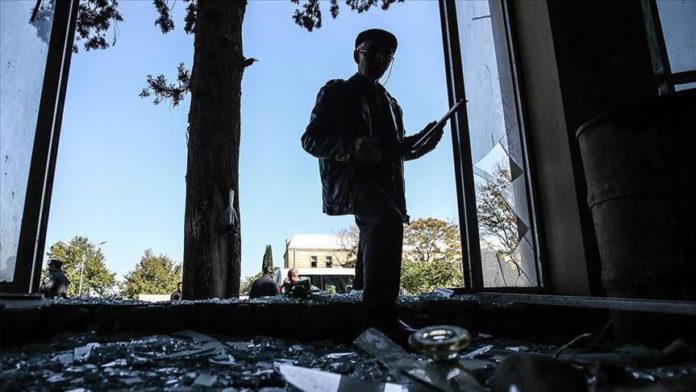 Armenia’s army on Saturday carried out missile attacks on the Hadrut settlement north of Ceyrayil city, which was liberated by Azerbaijan, according to Azarbaijani Defense Ministry.

A statement by the ministry said the missiles were launched from Azerbaijan’s Khojaly town, which was occupied by Armenian forces.

The statement also noted that the Azerbaijani army took necessary steps against the Armenian armed forces.

Azerbaijan and Armenia early Saturday had agreed to a cease-fire on humanitarian grounds beginning Saturday at 0800GMT to allow exchange of prisoners and retrieval of bodies in Nagorno-Karabakh.