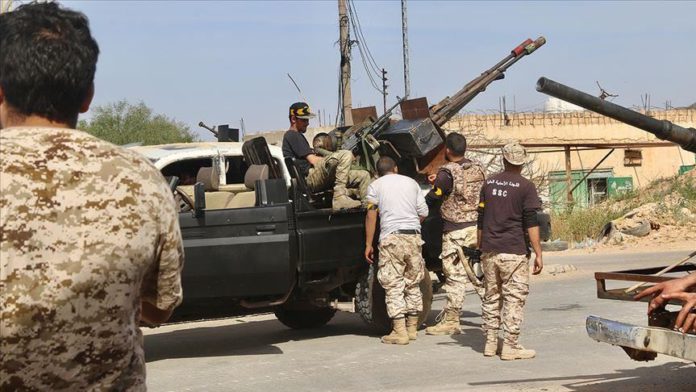 Various armed groups in a southern Libyan city Monday announced their support for the legitimate government in its fight against warlord Khalifa Haftar.

Members of the Libyan Army, revolutionary troops, and reinforcements in the city of Awbari, which is home to Libyan Tuaregs, reiterated in a joint statement their loyalty to Libya’s internationally recognized government, the media office of the government’s Burkan Al-Ghadab (Volcano of Rage) Operation said in a statement.

Underlining that Libyan territory is an indivisible whole, the statement said: “We are ready to fight to regain Libya’s sovereignty and restore state authority in the country.”

Tuaregs are known as a unique community for their customs, traditions, and Bedouin lifestyle.

The Libyan Army has made significant military gains against Haftar’s militias in recent days, capturing the town of Wadi Wishka and two other areas south of Sirte.

On Saturday, the army launched a military operation to liberate cities of eastern and central Libya from Haftar’s militias, one day after capturing the strategic city of Tarhuna – the last stronghold of Haftar in western Libya.