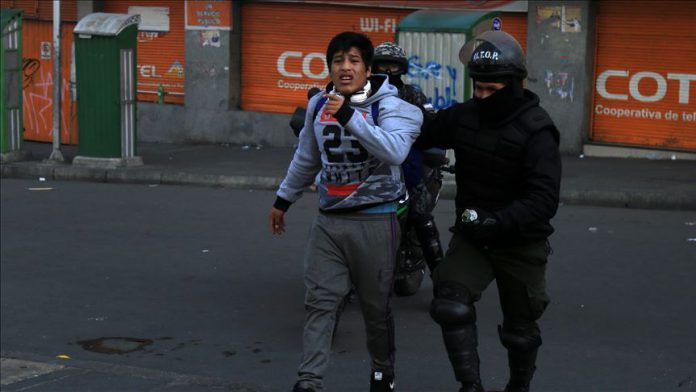 “We have found that the repressive system set up by the de facto government has caused dozens of deaths, hundreds of arbitrary detentions, thousands of wounded, countless cases of coercion and torture, rapes and other crimes against the physical, psychological and sexual integrity of the victims who are men, women, children, the elderly and members of vulnerable groups,” said the report of researchers, which was released in a Tuesday news conference, according to Argentina’s daily Pagina 12.