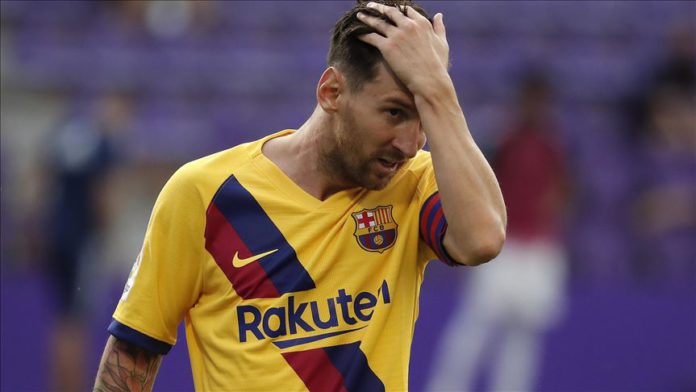 Argentine football superstar Lionel Messi will remain with Spain’s Barcelona for a final season, a sports channel in Argentina said on Friday.

“Lionel Messi will continue in Barcelona until June 30, 2021, the date on which his contract ends,” TyC Sports said in an exclusive report.

“Although he [Messi] had sent a burofax to execute the unilateral exit clause, he changed his mind and does not want to leave in the middle of a legal scandal at the club of his life, where he grew up and has been for 20 years,” it stated.

TyC Sports added that the 33-year-old decided to play for Barca for one more season to avoid any problematic legal procedures in Spain.

Messi set his mind on ending his longtime Barcelona career last month as he did not join Sunday’s medical tests and Monday’s pre-season training session.

However, the Spanish football league’s organizer, La Liga, blocked Messi’s free transfer before 2021 and ordered a €700 million release fee to be paid to Barcelona.

“Messi is obliged to pay his release clause — €700 million ($828.2 million) — if he unilaterally terminates his contract under the current rules,” La Liga had previously said.

The Argentine skipper renewed his deal with Barcelona in 2017 and his contract is set to conclude on June 30, 2021.

So, Messi must wait for one season to leave his club.

Manchester City has been interested in Messi and it was previously claimed that Messi had come to an agreement with the English club.

“His current Barcelona contract is through 2020-21 [season] and pays him over $80 million annually,” business magazine Forbes said last week.

Messi is a pure Barcelona product, coming from the club’s famous youth academy, La Masia. He has been playing for Barcelona’s senior team since 2005.

The Argentine international scored 634 goals and made 285 assists in 731 appearances for Barcelona.

Separately, Messi had 70 goals in 138 caps for Argentina.