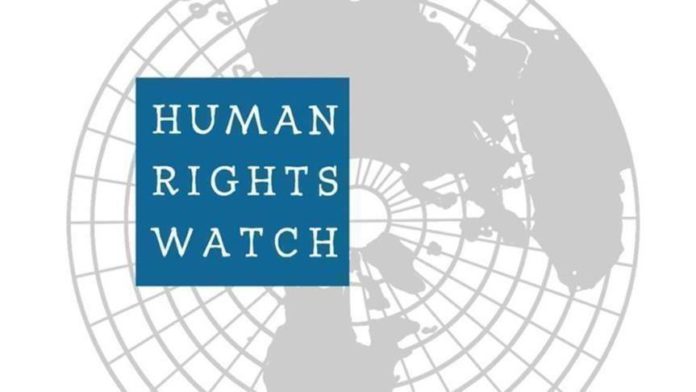 Human Right’s Watch (HRW) on Friday has decried the “abusive and unsanitary measures to prevent the spread of Covid-19,” in the northern province of Formosa in Argentina.

HRW alleges provincial authorities have limited the freedom of journalists to report on the ground, have used excessive force against protestors and for months have restricted the local population’s ability to leave the city and to receive healthcare.

Formosa has reported one of the lowest coronavirus death rates in Argentina with 1,769 confirmed cases and 28 deaths as of Thursday.

Allegedly over 24,000 people have been “held in mandatory isolation and quarantine centers in Formosa since April 2020, many for more than the 14 days recommended by the World Health Organization, and in many cases under circumstances that amount to arbitrary detention,” according to the HRW investigation.

HRW alleges that authorities in Formosa have held some people who “tested positive with others who tested negative or were still waiting for their test results. The centers have at times been overcrowded and unsanitary, making social distancing difficult. Some lacked proper ventilation, and the authorities have at times failed to provide proper medical care to people in the centers.”

Between January and March 2021, HRW spoke to 45 people in Formosa who for fear reprisals and spoke out on condition of anonymity, interviewing them by phone – 30 were in isolation or quarantine centers – as well as speaking to doctors, lawyers, alleged victims of police abuse, journalists, a legislator, and two councilwomen.

HRW working with Johns Hopkins University centers has recommended that the Argentine President changes the current Secretary of Human Rights to “appoint an ombudsperson who can ensure credible, independent, and reliable reporting of human rights conditions in Formosa and elsewhere in Argentina.”

Nationally Argentina has also stepped up efforts in an effort to curb the spread of Covid-19.

From Saturday Argentina has suspended flights to and from Brazil, Chile and Mexico in efforts to restrict Covid-19 transmission.

Under the new measure signed by Cabinet Chief Santiago Cafiero, Argentines returning from abroad will be expected to pay for PCR tests and to observe quarantine at specific locations decided by the authorities.

No foreign nationals will be allowed into the country for tourism.

The Argentine government has also recommended that nationals and residents to not travel abroad.

Flights remain banned to and from Great Britain and Northern Ireland.

As Argentina continues to battle Covid-19, the nation has also been holding talks with the International Monetary Fund (IMF).

The Latin American is seeking to restructure debts of around $45 billion.

On Thursday the IMF announced they had found “common understanding” with Argentine Economy Minister Martín Guzman on different areas such as inflation, exports, and maximizing domestic markets.

On Wednesday Guzman also announced on Twitter that they have taken “important steps” after meeting earlier in the week with the IMF.

Guzman has argued that a significant macroeconomic policy must be both sustainable and support economic recovery for Argentina.

The cordial communication followed current Vice President, Kristina Fernández de Kirchner remarks that Argentina is not in a position to pay the IMF on Wednesday.

“We can’t pay because we don’t have the money to pay”, said Fernandez de Kirchner.

Some political observers have suggested it is unlikely that Argentina will reach an accord with the IMF by May.

President Alberto Fernández has made his position clear that he does not wish to hurry negotiations.

Argentina continues to grapple with a spiraling economy and high inflation which predate the global pandemic.​​​​​​​

Argentina, with a population of over 45 million, has registered more than 2.2 million coronavirus infections and over 55,000 deaths, according to data from US-based Johns Hopkins University.