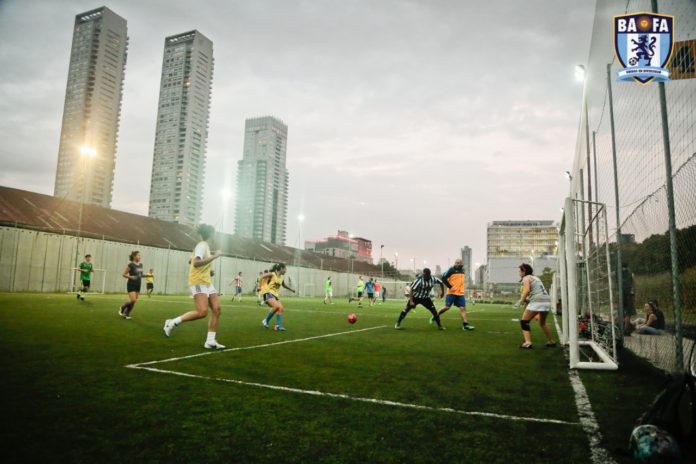 At a young age in Guatemala, Anne Van Beusekom grew up honing her football skills in the back garden.

Although neither of her siblings took much interest in sport, Anne’s father encouraged her to speak to her primary school headmaster to set up a girls’ team – which the school eventually did.

Anne became enamored by the beautiful game at 11 years old. “From there, football has been part of my life. There hasn’t been a moment, the pandemic aside, when I haven’t played football,” said the 31-year-old, who has competed in football tournaments across Central America.

As she turned 18 years old, Anne had to choose a university. “One of the most important matters when it came to deciding (where to study) was a place to play football.”

After deciding against the US, a friend of Anne’s living in Argentina recommended studying in the country that won the World Cup twice and is famed for its football passion. After all, it was Argentina, the home of football legend Diego Maradona.

Anne applied to the University of Palermo in Buenos Aires and was accepted to study marketing, leaving Guatemala and her family behind.

After arriving in Argentina, she had a culture shock. “I realized when I arrived that girls didn’t play football here.”

Due to her impressive displays on the field, Anne was later chosen to represent a selection of universities from Buenos Aires, playing in Mendoza and journeying abroad to the Dominican Republic to face the women’s national team for an 11-a-side game.

After completing her studies at university, Anne knew she could stay in Argentina for the right opportunity. After seeing a football coordinator role advertised, she applied online for it.

BAFA is a mobile app allowing footballers at their convenience to select the time and day of games when they want to play. There are around 600 active players.

BAFA has a multicultural feel with a mix of locals and internationals who can play in 6 a side or 9-a-side games. It was initially set-up by two-expats around 2010.

After settling in the southern cone, the founders, Mike from the US and Dave from the UK, wanted to play football in Argentina but did not know enough people.

From there, BAFA started organically. 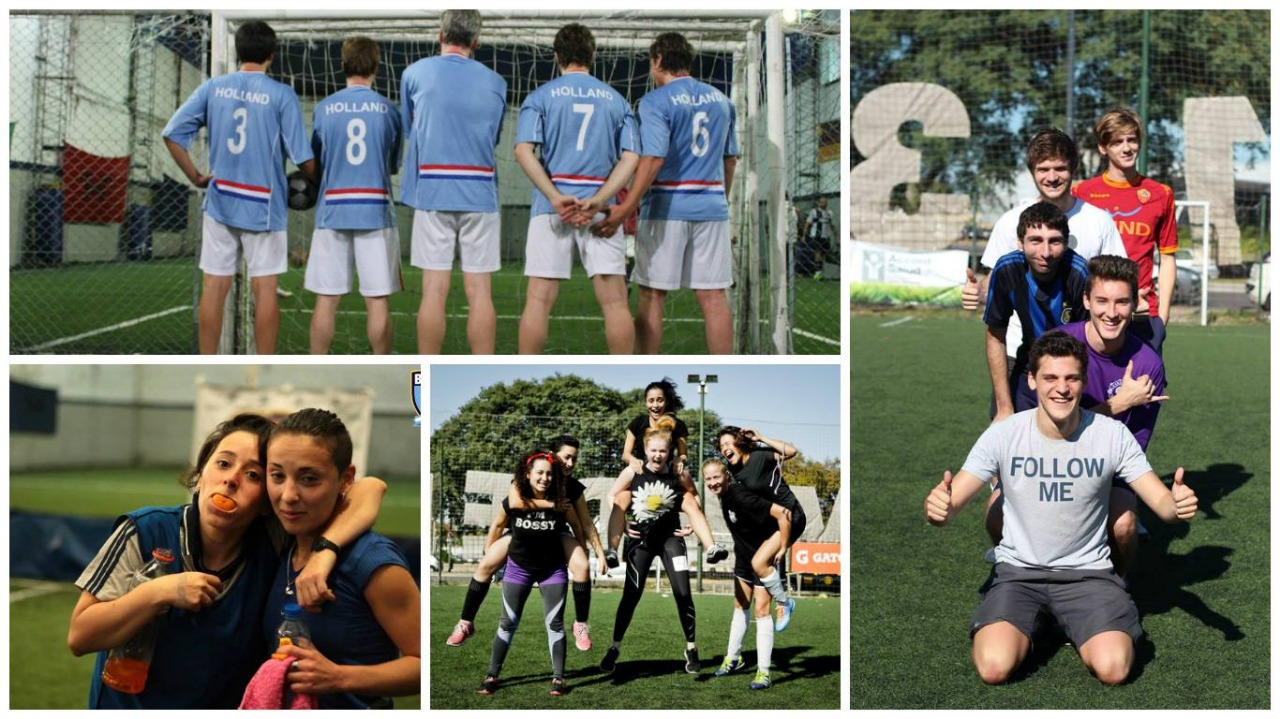 The two expats sent text messages inviting friends and asking them to spread the message to ensure they could get enough footballers together for a game.

As popularity grew, the founders changed platforms several times – from email to Facebook to a website and finally ending up with a mobile app.

Today BAFA allows players like 37-year-old Argentine Cristian Daniel Cejas, from the province of Buenos Aires who discovered the app through a friend – to create an account, to sign up for different games, make friends on the app and buy a specific number of games.

Despite Cristian describing himself as an “introverted person,” he says, “the BAFA app helped me to meet new people and also learn about their life stories and culture.”

Away from the pressures of studying to become a history teacher, Cristian has established friendships with people from the UK, Faroe Islands, Venezuela, Brazil, Guatemala, Colombia. On the field, he has created a good understanding in central-midfield with his “Argentine partner,” Jorge Niklison.

Cristian says the international feel means some players tend to maintain the” style of play typical from their homeland.”

He says the British players have a playing style that is “direct,” focussing on speed, wing play, reflecting aspects of the “Premier League.”

However, Cristian says the “South Americans have a style of play more focused on the possession of the ball.”

Many Venezuelans have moved to Argentina following the socioeconomic decline of their country over recent years. Cristian says 3 Venezuelan players are some of the most talented players, with good technique, power, and ability on the ball.

Nevertheless, BAFA’s aim is inclusion for all players regardless of ability, with their motto “united in diversity.”

BAFA has become a multicultural, inclusive space for both female and male players to play together.

In doing so, it is changing the male-dominant ‘machismo’ culture that exists in South American football. 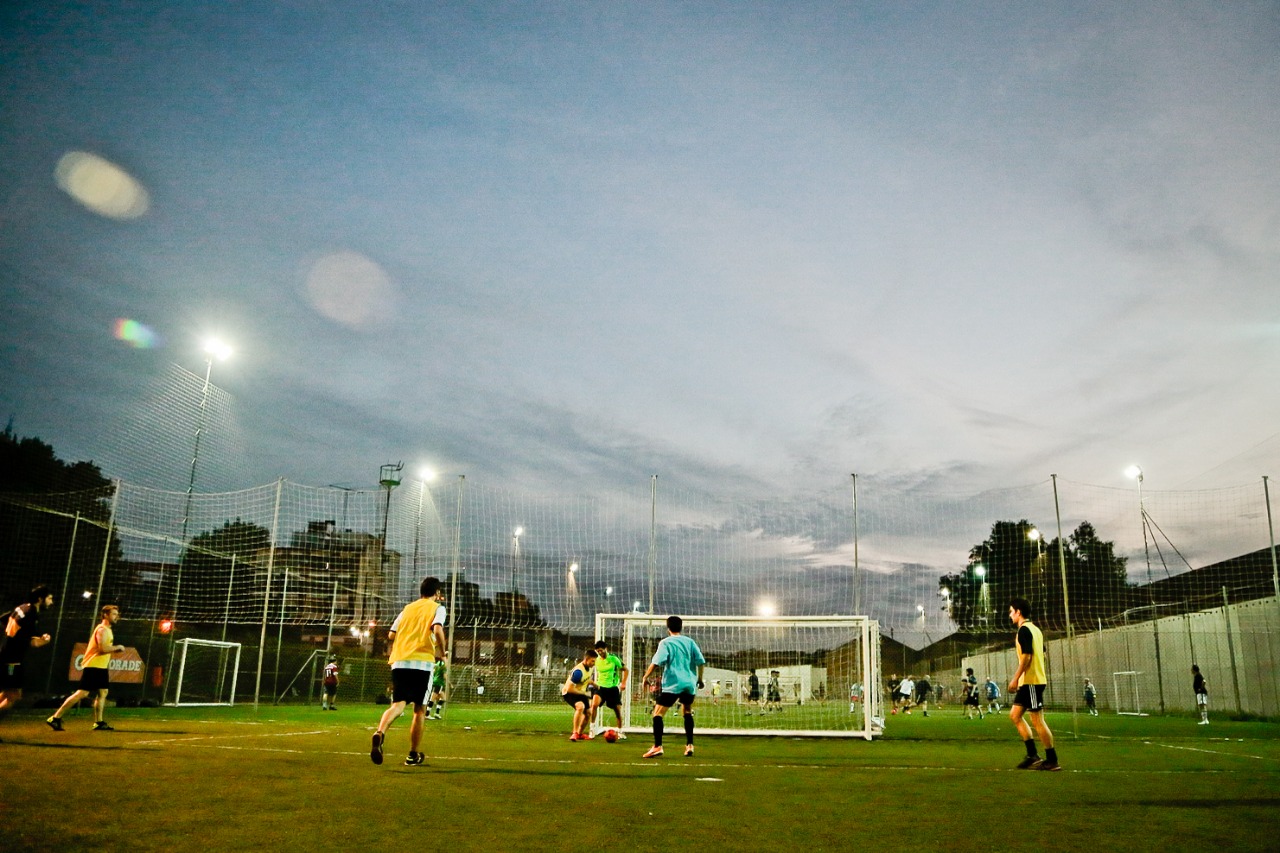 “Up until about ten years ago in Argentina, there weren’t really mixed games.” explained Anne, “we’ve always tried to establish a culture where everyone is welcome here. It doesn’t matter if you’re a girl – you’re going to play as well.”

Initially, not enough female players signed up for games, said Anne. “We ended up creating mixed games. The atmosphere is a bit more light-hearted and relaxed where the idea is to enjoy it. So many people began to sign up for it and it got really popular. The mixed game has a social aspect. It’s not just about the football. It is something culturally which has begun to become accepted.”

Since then, it has gained popularity.

Over the last decade in Argentina, both female and male office colleagues have begun playing together and there are mixed competitive tournaments, says Anne.

The multicultural environment means BAFA has fostered a sense of community and belonging for expats and locals alike, becoming a place away from the pressures of work or studies to create friendships and share collective experiences on the football field.

“Thanks to BAFA, there have been couples, babies and friends going traveling together and who share experiences,” said Anne.

In pre-COVID times, for many different nationals experiencing Argentina for the first time, BAFA would be their first opportunity to try the famous ‘Asado’ or BBQ after a game.

Cristian says when he is involved in playing, it reminds him of the positive role sport can play across the globe.

“Football is capable of uniting all people in the world and without discriminating against gender, race, or nationality. We can speak different languages, but the language of football is something we all speak on the field. It is unique,” he added.

US B-52s head to Indian Ocean amid Iran tension: Report