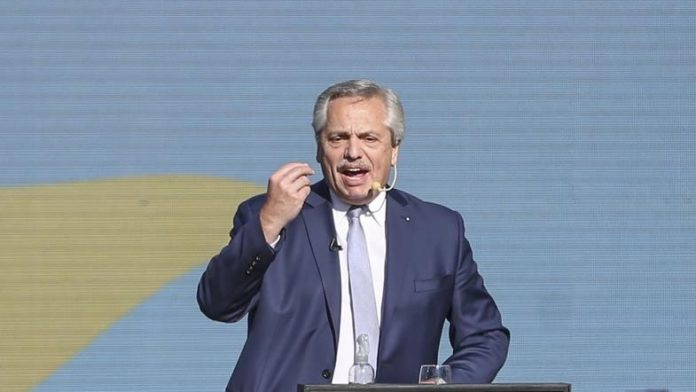 Argentina’s President Alberto Fernandez said Thursday he would like his country to be free from dependence on the US and the International Monetary Fund (IMF).

Fernandez’s remarks were made during a meeting in Moscow with Russian President Vladimir Putin where he said Argentina is in debt to the IMF because of its relationship with the US.

He said when his party was in power from 2003 to 2015, it tried to break free from the “corset” of dependence on the US but in 2015 another force came to power and reverted to Washington.

“I advocate steadily and persistently for Argentina to get rid of this dependence on the IMF and the United States and for us to open up new opportunities. In particular, cooperation with Russia is very important for us. And I assure you and hope that you will accept my assurances that we really want to develop cooperation with Russia,” he said.

Putin and Fernandez will depart later for Beijing to take part in the opening ceremony of the 2022 Beijing Winter Olympic Games.

US, Turkey have more interests than differences: Nye