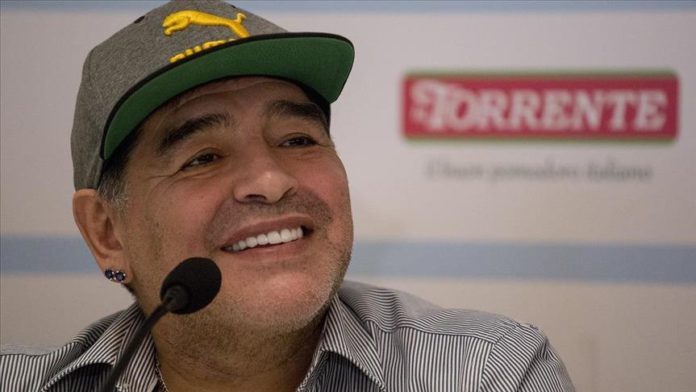 The football world across the globe took to social media to pay tribute to Argentine soccer legend Diego Maradona, who died from a heart attack Wednesday.

Pele was one of the first to pay respect.

“I lost a great friend and the world lost a legend. There is still much to be said, but for now, may God give strength to his relatives. Certainly, one day we’ll kick a ball together in the sky above,” he wrote on Twitter.

Argentine President Alberto Fernandez said the former soccer superstar will never die because he would remain forever in the memory of the people.

“You took us to the top of the world. You made us immensely happy. You were the greatest of all,” said Fernandez, who declared three days of national mourning.

“Today I say goodbye to a friend and the world says goodbye to an eternal genius. One of the best ever. An unparalleled magician. He leaves too soon, but leaves a legacy without limits and a void that will never be filled. Rest in peace, ace. You will never be forgotten,” Ronaldo tweeted.

Former England striker Gary Lineker also expressed sadness for the loss of “the greatest of all time.”

“By some distance the best player of my generation and arguably the greatest of all time. After a blessed but troubled life, hopefully he’ll finally find some comfort in the hands of God. #RipDiego,” he said.

During his time as a television talk show host, Maradona made a montage in which he interviewed himself and left a phrase that today takes on unparalleled value.

“If you had to say a few words to Maradona at the cemetery, what would you say to him?,” Maradona asked.

“Thank you for having played soccer. It is the sport that gave me the most joy, more freedom, it is like touching the sky with your hands. I would put a tombstone thanking the ball,” was his response.

Maradona suffered recent health issues. He underwent successful brain surgery in November after being admitted to a hospital in Buenos Aires.