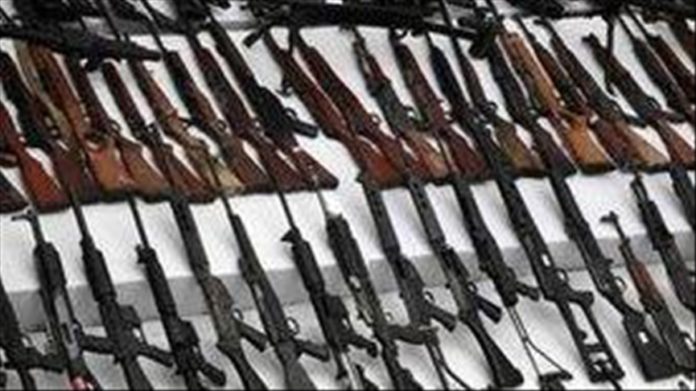 Argentine authorities launched an investigation into accusations that the country’s former president sent arms to Bolivia in 2019.

Prosecutor Claudio Navas Rial opened the probe, following a complaint filed by the current Argentine government against the former administration.

In addition, several gendarmes who allegedly brought the weapons to Bolivia stand accused, according to daily InfoBae.

Macri has denied the allegations made by the Bolivian government that his administration sent arms to allegedly repress social protests in 2019.

In a statement he said the allegations against him have “devalued his word”. Instead, Macri alleged that in November 2019 following allegations of electoral fraud and the resignation of ex-Bolivia President Evo Morales that he instead sent “humanitarian aid” to Bolivia.

Bullrich has distanced herself from the allegations, writing on Facebook that “any request for material for the Bolivian Air Force never passed through my hands”.

Bolivian officials claimed the weapons were used in the subsequent protests and deaths in Sacaba and Senkata.

In the letter Fernandez described the “pain and shame” regarding the removal of the former indigenous Bolivian president from power, describing it as a “coup d’état against the Constitutional Government of President Evo Morales”.

“First of all I want to apologize to your government and your people on behalf of the Argentine people,” said Fernandez, who described the alleged shipment sent to Bolivia as aiding the “seditious forces against the Bolivian population”.

Mayta alleged it was a “contribution to commit serious human rights violations and to violate national sovereignty and dignity.”

Anez is currently in jail as authorities continue to investigate the deaths and injuries when Morales left office.