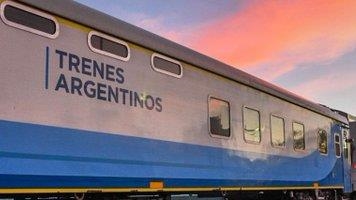 According to a press statement released Thursday by Argentina’s Ministry of Transport, the purpose of the deal is to strengthen cooperation and to review and carry out modernization work on the Belgrano Norte, Sarmiento and Urquiza railway lines.

According to the press release, the signing ceremony took place Wednesday at the offices of the Ministry of Transport and was carried out together with representatives of the firms CRRC Sifang Argentina, Zhao Jinqiang, and CRIG in South America, Yi Han.

Guerrera described the deal as “a strengthening of ties with our partners in China and a very important step for the transport modernization plan, which will allow us to electrify the Belgrano Norte line and sections of Sarmiento that are still diesel, renew Urquiza, continue to extend services, (and) incorporate technology and rolling stock for all lines and regional services.”

According to Marinucci, the move is a “very important step” which will “improve the quality of service on all lines operated by Trenes Argentinos.”

He added that it will “improve the quality of life for hundreds of thousands of male and female passengers.”

The first memorandum, signed with China Railway International Group Co. LTD (CRIG), relates to the modernization of the Sarmiento railway and renovation work between Once- Moreno, Luján-Mercedes and Merlo-Lobos, among other work.

The second memorandum concerns the modernization and electrification of the Belgrano Norte railway with China Railway International Group Co. LTD (CRIG) and “to assess the renovation of 94 kilometers of Retiro-Villa Rosa tracks, signaling and telecommunications,” and other projects.

The third memorandum is an “agreement of understanding” concerning the modernization of the General Urquiza railway which was signed with CRRC Qingdao Sifang Co. LTD.

In December 2020, Chinese companies signed agreements reportedly worth US$4.7 billion with Argentina, with the aim of modernizing and developing Argentina’s railway system.