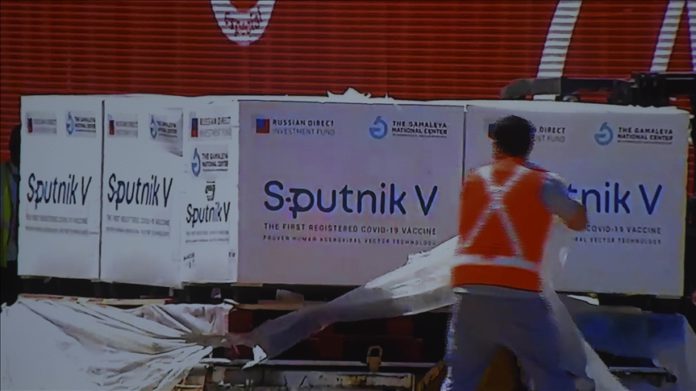 Argentina received another 330,000 doses of the Russian Vaccine Sputnik V as the country experiences vaccine shortages.

The Aerolineas Argentinas AR1061 flight from Moscow arrived at the capital’s Ezeiza International Airport in Buenos Aires on Friday afternoon.

The vaccines are expected to be distributed across the country over the coming days, helping to boost the vaccine rollout for those over 70 years old in the country.

Local reports say the latest batch brings Argentina’s total amount of vaccines to around 4,380,540 doses – with 3,843,565 having already been distributed across the country.

On Thursday night, President Alberto Fernandez spoke of “global shortage of vaccines,” insisting Argentina has not received all the doses the country has ordered.

“The vast majority of countries are in a great desert, with little or no access to vaccines,” said Fernandez, adding there is a delay in the supply and delivery of vaccines creating logistical difficulties for Argentina.

Nevertheless, he insisted that the Latin American nation is working hard on “the largest vaccination plan in our history”.

This is the seventh Covid-19 vaccine shipment to arrive from Russian to Argentina, according to local reports.

Argentina has largely relied upon Sputnik, although in the battle against the pandemic it has received around 580,000 Covishield (Oxford-Astrazeneca) COVID-19 doses in February.

Argentina has also signed an agreement for around 1 million doses with Chinese company Sinopharm, receiving 904,000 towards the end of February.

Argentina hopes to secure another 3 million from the Chinese firm soon.

Argentina began its vaccine program with Sputnik V, receiving its first 300,000 towards the end of December and expects to receive around 60 million by around July 2021.

So far Argentina has reportedly brought over 3 million doses from Russia and China.

Argentina, with a population of over 45 million, has registered more than 2 million coronavirus infections and over 54,000 deaths, according to data from US-based Johns Hopkins University.

UN provides 20 truckloads of aid to NW Syria via Turkey