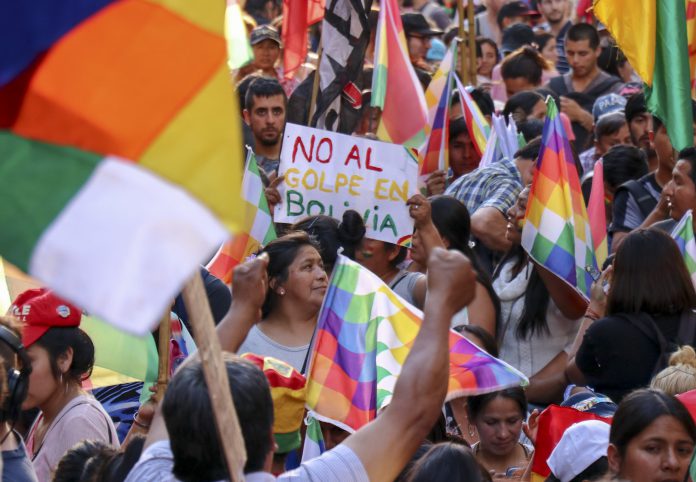 Hundreds of people gathered in Argentina on Saturday to support Bolivia’s former President Evo Morales, who resigned earlier this week.

The protestors called Morales’ resignation a “coup” and called on the international community to support Morales.

Bolivia was thrown into turmoil in October with demonstrations protesting the results of presidential elections in which Morales declared victory for a fourth term.