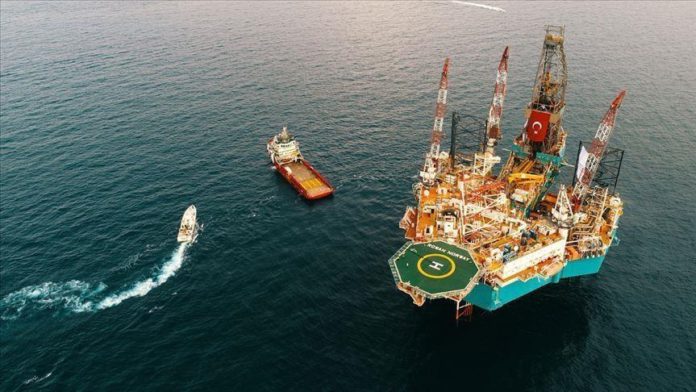 Argentina said that it is taking steps to sanction foreign companies undertaking hydrocarbon exploration in the South Atlantic.

Officials said the companies are illegally exploring in Argentina’s Continental shelf — an area in the northern Falklands basin.

The Foreign and Energy ministries announced that sanctions will be levied against two British and one from Israel.

The announcement was made at a news conference on Wednesday by the Malvinas, Antarctica and South Atlantic Secretary Daniel Filmus, alongside his Energy counterpart, Dario Martinez.

“The companies are not authorized to operate nor have they requested authorization and that is why we started this process, which has to do with notification and sanctions,” said Martínez. “The Ministry of Energy provided the technical knowledge and records and then the Foreign Ministry will continue with the claims.”

He said actions against Chrysaor Holdings Limited and Harbor Energy Plc from the UK and Navitas Petroleum LP from Israel, are “to defend energy sovereignty” of Argentina.

They will be served notices for breaking hydrocarbon laws dating to 2011 and 2013, respectively.

The laws establish that companies operating in the area have an “obligation to obtain permits prior to carrying out said activities.”

“We are initiating the process of sanctioning companies that are linked to the exploration and exploitation of hydrocarbons in the Argentine Continental Shelf and the North Malvinas Basin without authorization from the Argentine government,” said Filmus.

Possible sanctions could range from the inability to operate in Argentina from five to 20 years and fines.

All three companies have 20 days to issue a defense.

Officials said the companies were previously warned but continued their activities.

Authorities also said Argentina is supported by multilateral blocs, including the Community of Latin American and Caribbean States, Mercosur and the Ibero-American Summit.

They warned of previous incidents which were not resolved and that such events could create an “environmental risk” in the future.

All three companies will now be added to a list of eight that have been sanctioned between 2011 and 2015.

Argentina and the UK have endured a protracted disagreement and dispute concerning ownership of the Falklands, or the Malvinas as they are referred to by Argentina – who have claimed sovereignty over the British-administered Islands.