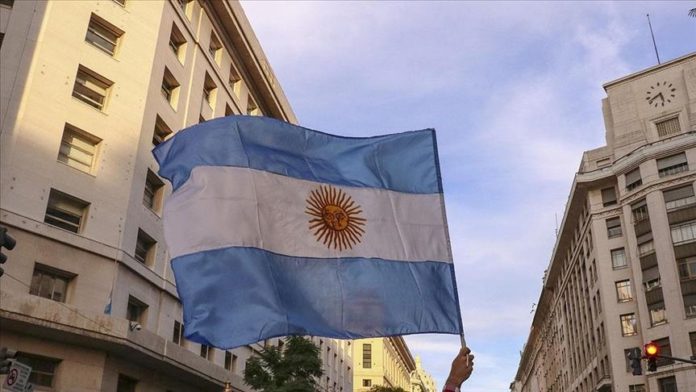 Argentina remembered the 1976 military coup on Wednesday, mourning victims of a military dictatorship who were detained and killed.

“I embrace with love and respect mothers, grandmothers, children and relatives who lost their loved ones in the tragedy,” President Alberto Fernandez said on Twitter before a scaled-down event because of the coronavirus pandemic.

The limited remembrance service was held in the Plaza de Mayo, with 13 banners displaying pictures of 30,000 people who were detained and disappeared during a dark chapter of Argentine history.

While adhering to social distancing protocols, the event culminated with the traditional slogan: “Now and always!,” that recalls the missing that country says are still present.

Grandmothers and mothers of the Plaza de Mayo are set to honor victims later on Wednesday.

The group is made up largely of relatives of the children who disappeared.

They are still seeking to identify children who were adopted during the dictatorship.

Young children whose parents were murdered were adopted and never informed of their biological parents.

After the dictatorship ended in 1983, advancements in DNA technology have helped reunite children with their biological parents.

The Foreign Ministry launched a campaign on Wednesday that encourages Argentineans who live abroad who may have doubts about their identity to go to Argentine consulates.

Fernandez honored those who were detained or disappeared at a special event Saturday at the former-ESMA Navy Mechanics School, a large clandestine detention center during the dictatorship.

He praised the role of rights groups who have helped to bring justice.

Fernandez also awarded a number of influential groups with a prestigious award and more than 70 mothers and grandmothers were recognized for their work in fighting for “memory, truth and justice.”

Across Argentina, different sectors have paid tribute with several soccer teams paying their respects and offering support for those affected.

Around 30,000 people were killed by state forces during the dictatorship, according to rights groups.

The majority were students, union leaders or political dissidents.

Those in charge considered them “subversives.”

Many were tortured before being killed and thrown from planes into the Río de La Plata estuary or the Atlantic Ocean.

After the dictatorship, Argentina enacted an amnesty, ruling those who had committed alleged crimes would not be prosecuted.​​​​​​​

But in 2003 the country overturned amnesty and several influential figures during the dictatorship were convicted of crimes against humanity.

Oil prices up after US okays stimulus payments

Environmental disasters across globe in February 2021