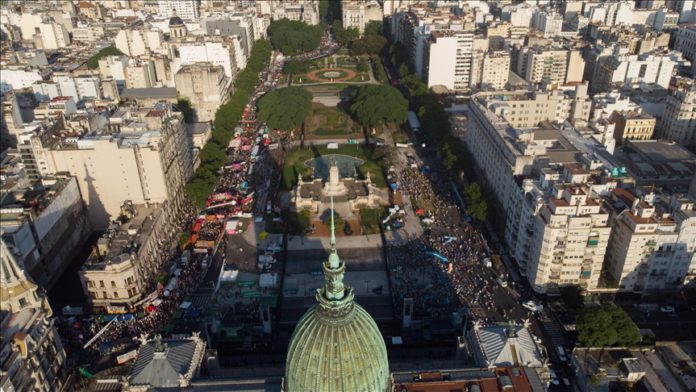 Argentina’s Senate on Wednesday legalized abortion up to the 14th week of pregnancy, a controversial landmark bill hailed by pro-choice activists but condemned by religious groups in the predominantly Catholic country.

The measure was approved after a 12-hour debate early morning in a 38 to 29 vote, with one abstention. The Senate building was surrounded by both opponents and supporters chanting slogans.

President Alberto Fernandez had earlier promised to sign the bill into law.

”Safe, legal and free abortion is the law. I promised to do so on election campaign days. Today we are a better society that expands rights to women and guarantees public health…,” he said on Twitter after the vote.

Backed by dozens of religious organizations, thousands of anti-abortionists in Argentina have held ”March for the unborn” and ”Save both lives” demonstrations against the bill since November.

Early December, the Chamber of Deputies voted 131 to 117 (6 abstentions) to approve the bill.