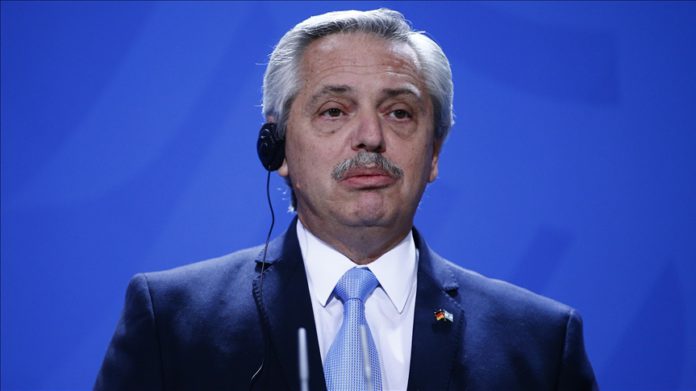 Bolivian officials claimed the weapons were used in the subsequent protests and massacres of Sacaba and Senkata.

In the letter Fernández describes the “pain and shame” concerning the removal of the former indigenous Bolivian president from power, describing it as a “coup d’état against the Constitutional Government of President Evo Morales”.

“First of all I want to apologize to your government and your people on behalf of the Argentine people” said Fernandez, labelling the alleged shipment sent to Bolivia as aiding the “seditious forces against the Bolivian population”.

“It was a collaboration decided by the government of then President Mauricio Macri with the military and police repression suffered by those who defended the institutional order in their country,” he said.

“These facts are being analyzed by an Interdisciplinary Group of Independent Experts of the Inter-American Commission on Human Rights,” Fernandez added.

Fernandez granted Morales political asylum in December 2019, saying he did everything possible “within my power to preserve the lives of Evo Morales, Álvaro García Linera and many other Bolivian brothers besieged by the coup plotters”.

Fernandez concluded by saying “our democracies are strong. We have to continue working to consolidate them, with the usual respect and affection.”

Mayta alleged it was a “contribution to commit serious human rights violations and to violate national sovereignty and dignity.”

Anez is currently in jail as authorities continue to investigate the deaths of 11 dead and 120 who were injured when Morales left office.

The former minister of Security during Macri’s presidency has sought to distance herself from the allegations, writing on Facebook that the opposite of what Fernandez says took place and that “any request for material for the Bolivian Air Force never passed through my hands”.