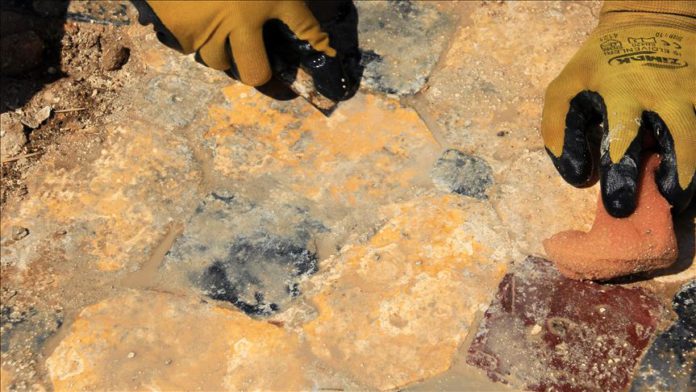 Archeologists in northwestern Turkey discovered a sun disk on a rock altar Friday in the ancient Thracian settlements.

Engin Beksac, head of the art history department at Trakya University told Anadolu Agency that the Thracian rock altar, discovered in Edirne, dates to 3,500 years ago.

Explaining the sun disk on the rock altar was used to observe the movements of the moon and the sun, Beksac said Thracians carried out works in astronomy.

In his examination of the rock altar where the Thracians performed religious rituals and worship, he said: “The rock altar is a type of temple that hosts rituals and prayers held on anniversaries and specific times. We know that rituals are performed in these temples to get closer to the Mother Goddess.”

Beksac said he discovered the rock altar years ago and from time to time made examinations.

Stating that the discovered sun disk gives important data for the astronomical understanding of the period, Beksac said, “we do not come across this system much in Eastern Thrace. There are not many examples in Edirne. We see more examples of this kind of sun disks in Bulgaria. These systems show that temples were used in astronomical observations.”