TurkishPress
Home Business Aramco to be worth more than $2T: Saudi Energy Min. 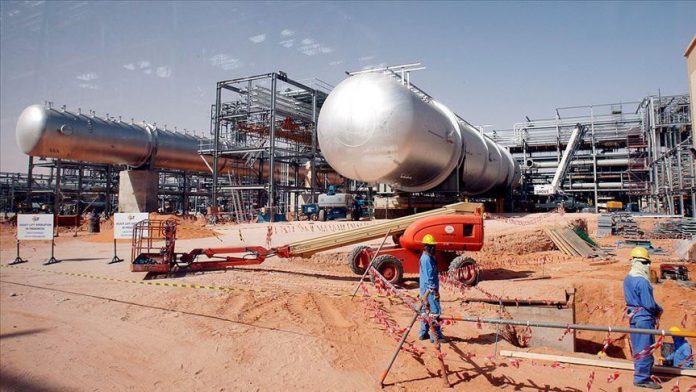 Saudi Aramco’s market value will exceed $2 trillion after its floating on its stock exchange, Saudi Arabian energy minister said Friday, a day after the company hit a valuation of approximately $1.7 trillion in its initial public offering (IPO).

With high demand from individual and institutional investors on 1.5% of its shares, Aramco’s final price per share was determined to be at the top of its offer range at 32 Saudi riyals ($8.53) Thursday.

Saudi Arabian Energy Minister Prince Abdulaziz bin Salman, however, said Aramco’s market cap could soon climb to more than $2 trillion — a value that was set by his half-brother Crown Prince Mohammed bin Salman three years ago when he introduced the idea of an IPO.

“Aramco will be higher than $2 trillion soon, and all can bet on that to happen,” Abdulaziz bin Salman said during a media session Friday after the conclusion of an OPEC meeting in Vienna.

Aramco’s final share price coming at the top of its offer range was “the proudest day” of his career, he said..

While Aramco earned $25.59 billion from its IPO, it broke the previous record held by Chinese e-commerce giant Alibaba’s offering on the New York Stock Exchange in 2014 when $21.8 billion was raised in a single day.

Aramco shares will begin to be trade publicly on Saudi stock exchange Tadawul next week.

Read more: Aramco to be worth more than $2T: Saudi Energy Min.

BoE cuts bank rate to back UK businesses amid COVID-19