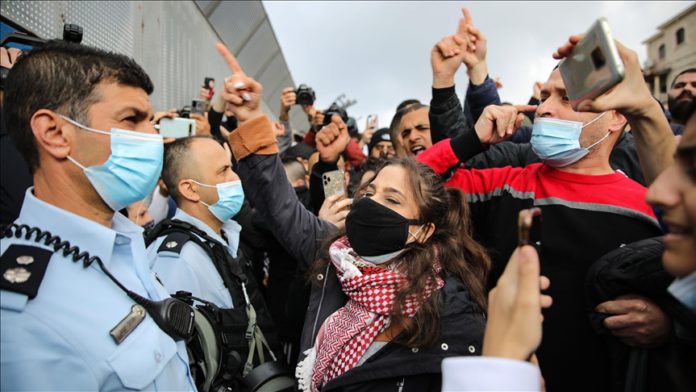 Hundreds of Arabs protested Friday against crimes in the Umm al-Fahm and Qalansawe cities in Israel.

For the 10th consecutive week, Arab citizens protested against crimes in Israel, accusing the Israeli police of failing to stop the killings.

The Israeli police said the two young men were fatally shot in Qalansawe, without clarifying the reasons.

Protesters carried Palestinian flags and raised banners reading: “The police is the source of terrorism.”

In Umm al-Fahm, hundreds of protesters marched through the city’s streets flying Palestinian flags along with placards denouncing the police failure to combat crime.

The march and protests began after Friday prayers in the city center.

A large number of Israeli police forces were deployed in the vicinity of the marches.

UK variant constitutes half of COVID-19 cases in France