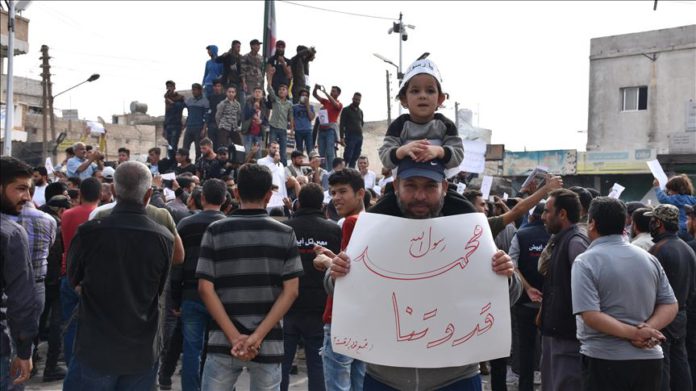 Macron on Wednesday said he won’t prevent the publishing of insulting cartoons of Prophet Muhammad under the pretext of freedom of expression, a statement that sparked outrage in the Arab and Muslim world.

In Egypt, the Grand imam of Al-Azhar, Sheikh Ahmad el-Tayeb termed the anti-Islam remarks as a “systematic campaign to drag Islam into political battles”.

“We don’t accept to see our symbols and holy sites being a victim to cheap bargaining in electoral battles,” he said in a statement.

In Libya, Mohammad Zayed, a member of the Presidential Council, condemned Macron’s insults against Islam. “Prophet Muhammad’s status will not be affected by malicious statements or trivial drawings,” he said.

In Jordan, the Muslim Brotherhood group described Macron’s statements as “an aggression on the [Islamic] nation and amounted to malice and hateful racism”.

In northern Syria, scores of civilians demonstrated in protest of Macron’s statements and the republications of the anti-prophet cartoons.

Protesters in the cities of Jarabulus and Tell Abiad burned photos of Macron and held banners defending the prophet.

“Islam is a religion of peace and has no place to terrorism, France is the source of terrorism,” said Wael Hamdu, head of the Tell Abiad local council during the protest. “We didn’t forget the killing of 1.5 million people in Algeria by France.”

In recent weeks, Macron attacked Islam and the Muslim community, accusing Muslims of “separatism”. He described Islam as a “a religion in crisis all over the world”.