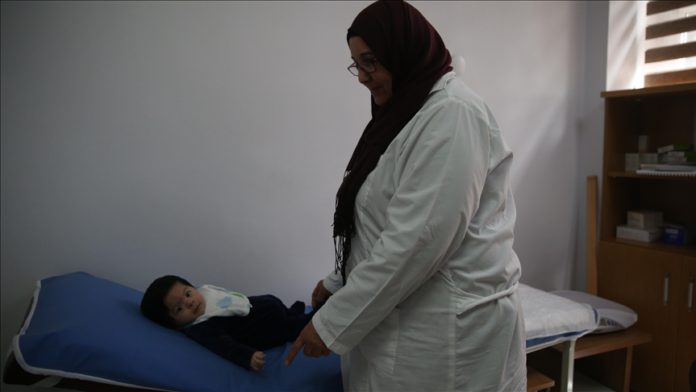 Arab women living in Turkey have established a union to help ensure that citizens live in harmony in Turkey and to find solutions to their social and economic problems.

The Arab Women’s Union announced its foundation in a statement Monday with the support of the Arab Cooperation Council and Arab communities’ women’s associations.

A press conference was held to announce the establishment of the union on March 8, International Women’s Day.

The problems faced by Arab women were discussed by country representatives during the meeting.

Noting that the union will work to serve women residing in Turkey, to harmonize with the Turkish people and for solidarity, Lahham said: “We will also undertake initiatives to establish cooperation between Arab countries and Turkey.”

Metin Turan, the secretary-general of the Arab Women’s Union, said that around six million Arabs were living in Turkey following the Arab Spring.

“As the Arab community, we have 250 associations in Istanbul,” he said.

“First of all, we want to solve the language problem,” he added. “We want to improve cooperation on issues such as culture and education, economy, politics and trade in Turkey.”

Afghans angered by alleged drowning of migrants by Iran