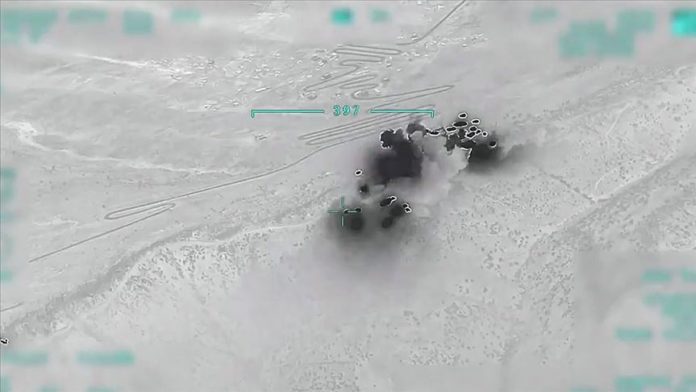 Arab tribes in Iraq announced their support Monday for Turkey’s operations against the PKK terrorist organization in the country’s north.

The move came after Operation Claw-Eagle was launched early Monday to ensure the security of the Turkish people and the country’s borders by neutralizing the PKK and other terrorist organizations that have been stepping up harassment and attack attempts against the police and military bases.

Innocent Arab women are currently being held in prisons controlled by the PKK terror group on Mount Sinjar in northern Iraq, Muzahim al-Hewitt, a spokesman for the Arab tribes of Kirkuk, Salahuddin and Diyala provinces, said in a statement.

“This operation is in response to the torture and rape of women in these prisons,” al-Hewitt said.

Nearly 80 Arabs, including women, are being held in eight secret underground prisons in Sinjar without any charges, he said.

He stressed that the terror group has committed crimes against humanity in Sinjar, Makhmour and the surrounding regions.

Al-Hewitt called on the Iraqi central government, parliament, Iraq’s Kurdish Regional Government and the parliament in Erbil to take a decision to pave the way for the withdrawal of the PKK from the country’s north.

In its more than 30-year terror campaign against Turkey, the PKK – listed as a terrorist organization by Turkey, the US and the European Union – has been responsible for the deaths of nearly 40,000 people, including women and children. The YPG is the PKK’s branch in Syria, just across Turkey’s southern border.