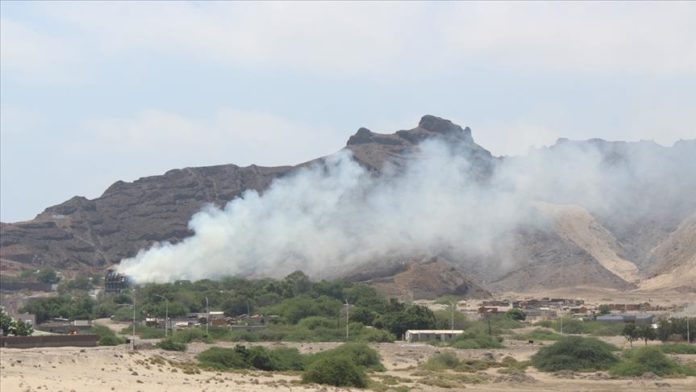 On Friday, Saudi authorities announced that they contained a fire that broke out at an oil refinery in the capital following a drone attack.

The Yemeni Houthi rebel group announced earlier in the day that it targeted the Aramco oil company with six drones.

The United Arab Emirates condemned the terror attack that targeted civilian facilities in Saudi Arabia, threatened the security of energy resources and the stability of the global economy, its Foreign Ministry said in a statement.

Kuwait also condemned the attack in a statement. “The repetition of such terrorist attacks and targeting civilian and strategically important areas directly threatens not only the security of Saudi Arabia and the stability of the region, but also the global economy and energy resources,” said its Foreign Ministry.

The Qatari Foreign Ministry said that targeting strategically important facilities is an act of sabotage that violates international norms and laws and will affect the security and stability of energy resources in the world.

Qatar is against acts of violence and sabotage, regardless of the reason, it added.

The Lebanese Foreign Ministry also condemned the attack and gave a message of solidarity with Saudi Arabia.

In recent weeks, the Houthis have intensified attacks with ballistic missiles and drones on Saudi regions.

Yemen has been wracked by violence and instability since 2014 when Houthi rebels captured much of the country, including the capital, Sanaa.