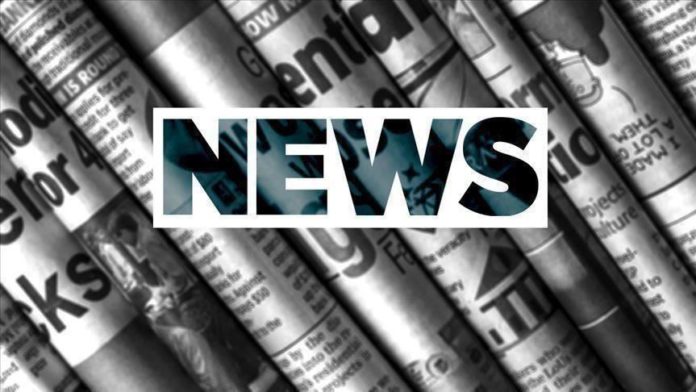 Media outlets in Saudi Arabia, the United Arab Emirates (UAE) and Egypt have launched a systematic campaign against Rached Ghannouchi, the intellectual leader of Tunisia’s Ennahda Movement, to tarnish his image and provoke a storm in his country.

The counter-revolution led by Sky News, Saudi-financed Al-Arabiya — both broadcasts from the UAE — and Egypt-based Youm7 newspaper, have published simultaneous deceitful news.

Reports claimed Ghannouchi gained huge financial wealth since his return to Tunisia after the victory of the revolution in 2011, amounting to $8 billion, despite the fact that the country’s budget does not exceed $16.5.

Observers believe the campaign wants to create a wedge between the parliament and the presidency and provoke side battles in parliament between Tunisian blocs to dismantle state institutions by striking together.

Covering the failure in Libya

The campaign coincided with the defeat of the counter-revolution in Libya, after militias loyal to warlord Khalifa Haftar suffered heavy losses in western cities, in addition to the Libyan army’s seizing the control of the Al-Watiya airbase that was occupied by putschist forces for about six years.

Experts view directing the media rush by the UAE and Egypt against Ghannouchi is an attempt to cover up the new failures in Libya.

“Libya is the password in directing the UAE to launch this fierce campaign against Sheikh Rachid Ghannouchi,” according to Ammar Fayed, a researcher in Middle East affairs.

“Although it is easy to refute the accusations on the financial disclosure of Ghannouchi, and announce it by him to the relevant authorities recently, the experience tells us that no matter how naive and funny the accusations are, the intensity of the media influx will make it impressive, especially if they are accompanied by the pro-UAE movements of the Tunisian political and media elites,” Fayed told Anadolu Agency.

“The axis of the counter-revolution does not intend to allow any democratic experiment to advance to the imam [Ghannouchi], especially if the Islamists are part of it,” he said.

Fayed stressed that defeats of the counter-revolution in Libya have a direct effect on targeting the political stability in Tunisia as well as Ghannouchi, whose last telephone call to the Fayez Mustafa al-Sarraj, chairman of the Presidential Council of the Libyan Government of National Accord, to congratulate him on the restoration of Al-Wattiya airbase near the Tunisian border, angered Cairo and Abu Dhabi.

“The policy of moral assassination of a character is a well-known and circulating policy, but it becomes more dangerous when countries adopt it with their institutions, devices and media, so that the voice of distortion, lying and stabbing becomes more widespread,” said Egyptian journalist Osama Gaweesh.

Gaweesh said “the question is why the axis of the counter-revolution attempted to morally assassinate Ghannouchi? Very briefly, the answer is Libya.”

He added: “It seems that the axis of evil could not bear the defeat of its arm in Libya, Khalifa Haftar on the hands of the legitimate government.”

Gaweesh stressed that “Tunisia is the last pillar of the successful experiences of the Arab Spring, which gives a glimmer of hope to its neighbors, Egypt, Libya and other neighboring countries.”

Tunisia is considered a model for an open democratic system in which no specific force is hegemonically dominant. The thing is that does not commensurate with the Emirati vision of governance, especially after the Ennahda Movement won the first elections after the outbreak of the revolution in the end of 2010.

Revolutionary parties in Tunisia, lead by Ennahda, also came under strong attacks from several parties backed by the UAE through the media and electronic flies, which led former Prime Minister of Tunisia Hammad al-Jabali to say that “UAE violates national sovereignty with dictates, money and information.”

Iran in 2020: Under shadow of assassinations, sanctions