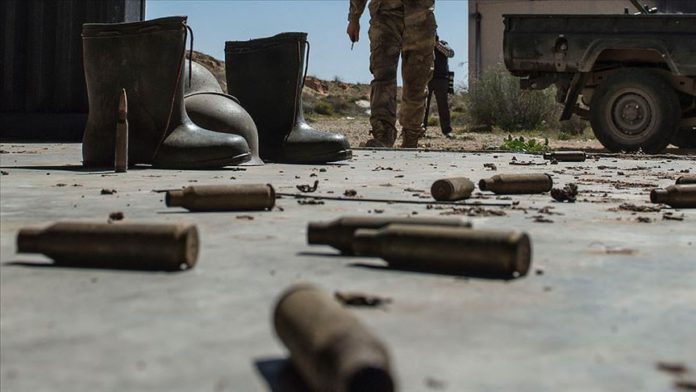 A five-nation Northwest African trade bloc on Monday hailed a cease-fire deal for Libya which has been rejected by the militia of warlord Khalifa Hafta.

The Arab Maghreb Union said in a statement: “The General Secretariat of the Council praises this agreement that we have always hoped for and motivated us to banish the specter of civil war and its repercussions on Libya’s unity, sovereignty, stability and prosperity.”

The council of the union – whose members include Algeria, Libya, Mauritania, Morocco and Tunisia – expressed hope the agreement would be “a strong motivation to shape the contours of the new Libyan state, away from any foreign interference.”

On Friday, the Presidential Council of the internationally recognized Libyan government and the Tobruk-based House of Representatives, which supports warlord Khalifa Haftar, agreed in two simultaneous statements to an immediate cease-fire.

The two statements met on common points, most notably the cease-fire and the holding of presidential and parliamentary elections.

The agreement was widely welcomed by the international and Arab countries, while Ahmed al-Mismari, Haftar’s spokesman, blasted the cease-fire initiative.

In a Sunday press conference, al-Mismari ignored the cease-fire calls, but said Haftar’s militia “is now in a fighting position and ready to deal/confront in the event someone advances towards the city of Sirte.”

The UN recognizes the government headed by Premier Fayez al-Sarraj as the country’s legitimate authority, as Tripoli has battled Haftar’s militias since April 2019 in a conflict that has claimed thousands of lives.