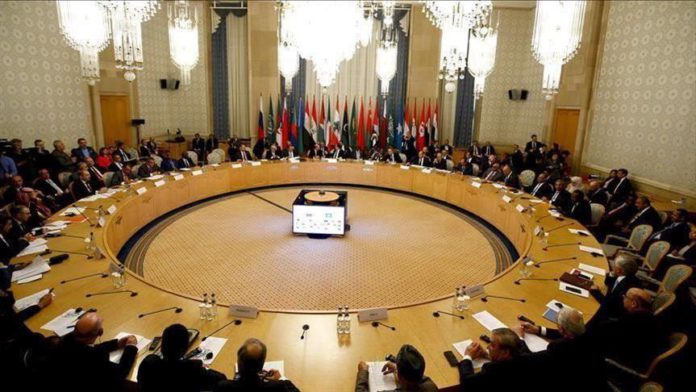 The Libyan government’s recent victories with Turkish help in western Libya forced the Arab League to back it, according to a top Libyan lawmaker.

In an interview with Anadolu Agency on Friday, Jalal Shuwaidi, first deputy speaker of Libya’s parliament, said the Libyan government’s gains against warlord Khalifa Haftar had changed the global community’s stance on the conflict.

He was commenting on the recent remarks by Hossam Zaki, assistant secretary general of the Arab League, declaring the Government of National Accord (GNA) led by Fayez al-Sarraj as Libya’s legitimate authority.

In an interview with an Egyptian channel earlier this week, Zaki said the GNA was the legitimate power in Libya according to the 2015 Skhirat Agreement and that its agreements with Turkey were also valid.

“It [Zaki’s statement] came after the victories of the GNA […] the victories achieved with our strategic ally, Turkey, changed many of the International and regional positions, including the Arab League,” Shuwaidi said.

He said the Arab League remained an indifferent and passive observer at the start of Haftar’s assault, mainly because it is under the control of countries who have backed the warlord’s aggression.

“These countries were thinking, based on their wrong calculations, that the putschist forces will capture Tripoli, and [they] disrupted any decision in favor of the GNA,” he stated.

He, however, welcomed Zaki’s statement and urged the Arab League to play its role in supporting the right side.

On the issue of cooperation with Ankara, the Libyan parliamentarian asserted that Turkey had come to GNA’s aid in line with a legal agreement.

“Turkey didn’t forcibly intervene in this conflict […] it intervened under a memorandum of understanding with a legitimate Libyan government that is internationally recognized,” he said.

He said there were countries on the other side who “intervened without consent from the legitimate government and tried to support the putschist [Haftar] in his attempt to take power.”

“Like the UAE, Jordan, Egypt, Saudi Arabia, and the Russian Wagner group, these are considered interventions […] but there is no Turkish intervention,” he told Anadolu Agency.

Shuwaidi also described Egypt’s recent cease-fire call as “an attempt to save [the] putschist Khalifa Haftar.”

“My advice to the Egyptian leadership is to strengthen its contact with the legitimate government to ensure its national security and [safety of] its borders,” he said.

After heavy defeats in the field, the warlord and his ally Akila Saleh, the head of Libya’s pro-Haftar parliament, met Egyptian President Abdel Fatah al-Sisi on June 6 and issued a call for a cease-fire, which was ignored.

The internationally recognized GNA has been under attack by Haftar’s militias since April 2019.

The GNA launched Operation Peace Storm in March to counter attacks on the capital, and recently regained control of strategic locations, including Al-Watiya airbase and the city of Tarhuna.