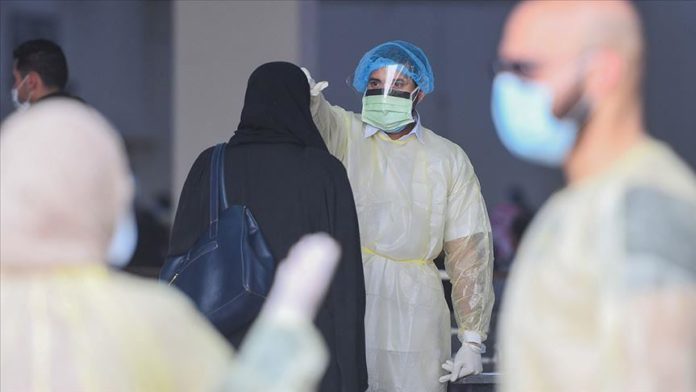 Since first appearing in Wuhan, China last December, COVID-19, the disease caused by the virus, has spread to at least 188 countries and regions.

The pandemic has killed over 422,700 people worldwide, with more than 7.56 million confirmed cases, while recoveries have surpassed 3.57 million, according to figures compiled by Johns Hopkins University of the US.

With the latest figures, the country’s death toll has risen to 212 and the case count has reached 8,581, while 7,600 patients have recovered from the disease.

The death toll in Qatar rose to 70 with one more fatality in the past day, according to the Health Ministry.

Another 1,517 new cases were diagnosed, while the number of recoveries reached to 53,296.

The ministry said the country’s confirmed cases rose to 76,588 after 1,517 new infections were recorded.

In Bahrain, the Health Ministry said the total number of cases rose to 17,269, while the number of recoveries had reached 11,903. With two more deaths, the country has so far recorded 36 deaths from the virus.

In Libya, the National Center for Disease Control said 15 more patients were diagnosed with the coronavirus in the past day.

The country’s confirmed cases now stand at 393, including five deaths, and 59 recoveries.