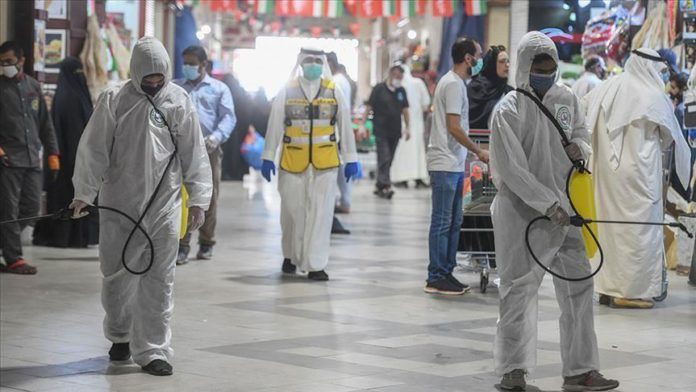 Health authorities in six Arab countries confirmed new cases and deaths from the novel coronavirus Sunday as the region continues to battle the pandemic.

The United Arab Emirates reported that two people had died from COVID-19 over the past 24 hours, bringing the nationwide death toll to 313.

In Bahrain, the Health Ministry said 462 people had tested positive for the virus, taking the total number of infections to 25,267, while recoveries totaled 19,781.

The death toll from the disease rose to 78 with five more fatalities.

In Libya, health authorities said 14 new cases were registered, pushing the figure to 727.

Recoveries have reached 171 so far.

In Yemen, 15 more people were confirmed to have contracted the virus, bringing the total to 1,118.

The number of recoveries has reached 430 while the death toll hit 302 with six more fatalities.

In Morocco, the Health Ministry said 175 people tested positive for the virus and 17 patients recovered, taking the total number of infections to 12,052 and recoveries to 8,740.

The country’s death toll from the disease stands at 221.

Since first appearing in Wuhan, China last December, the novel coronavirus has spread to at least 188 countries and regions. The US, Brazil and Russia are currently the countries hardest hit in the world.

The pandemic has killed over 500,000 people worldwide, with over 10 million confirmed cases and more than 5.1 million recoveries, according to figures compiled by US-based Johns Hopkins University.

'Turkey in historic, vital struggle for its present, future'