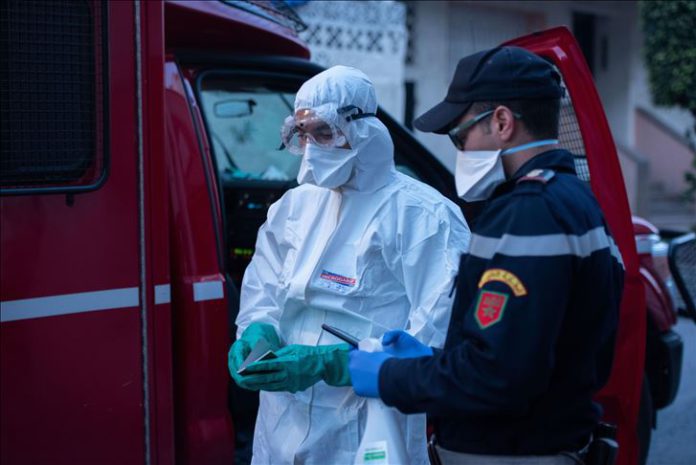 Health authorities in eight Arab and North African countries confirmed rising deaths Monday from the novel coronavirus as the region continues to battle the pandemic.

Palestine’s Health Ministry said one more person died from COVID-19 while 333 new cases were seen in the region in the last 24 hours.

The number of coronavirus cases to date reached 13,457, while the death toll remains at 80.

Libya said four more fatalities pushed the number of deaths to 64, while recoveries rose by 577.

The North African country recorded 158 new cases in the past 24 hours, raising the overall count to 2,827.

The Gulf state of Yemen confirmed four more fatalities from the virus, bringing the death toll to 483.

The country reported 1691 cases and 833 recoveries.

In Morocco, the death toll from the disease stands at 316 after three more people died in the last 24 hours.

The country reported 609 more cases, bringing the number of infections to 20,887.

A total of 16,553 people have recovered from the virus.

The Lebanese Health Ministry announced that 132 people were newly infected with the virus.

The ministry reported that the total loss of life was 51, the number of cases was 3,882, and that 1,709 people had recovered.

Jordan’s Health Ministry said that there were no deaths from the virus, but eight new cases were identified.

A ministry statement said 11 people had died so far, with 1,176 cases to date.

Tunisia did not report any new deaths from the virus but said three more people had contracted it.

According to a statement, to date 50 people have died from the virus, the total number of cases rose to 1,455, and the number of recoveries climbed to 1,157.

The US, Brazil, India, and Russia are currently the countries hardest hit in the world.

The pandemic has killed more than 652,000 people worldwide, with over 14.4 million confirmed cases and over 9.5 million recoveries, according to figures compiled by the US’ Johns Hopkins University.