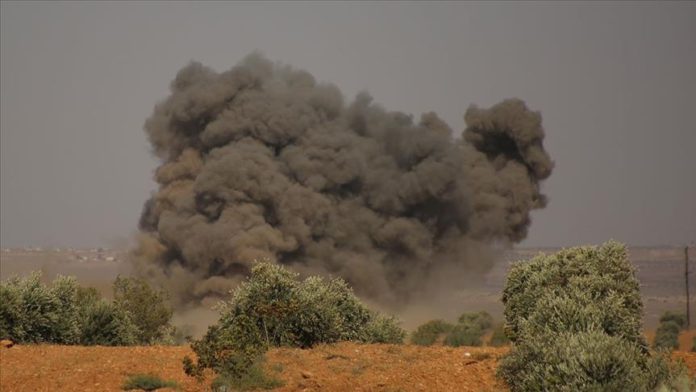 The Saudi-led coalition forces announced on Tuesday that they are carrying out airstrikes on Sanaa in response to the latest attacks on Abu Dhabi, capital of the United Arab Emirates (UAE), by the Houthis.

“We have targeted terrorist leaders north of the capital, Sanaa,” Saudi news agency SPA quoted coalition forces as saying in a statement. “In response to the threats, the operations make it necessary to continue shooting Sanaa.”

In another statement, the coalition said a comprehensive and deterrent operation will be conducted to neutralize the sources of the threat.

“Those responsible for hostile attacks against civilians in Saudi Arabia and the UAE will be held to account. The coalition air force conducts 24-hour air operations over Sanaa.”

It called on the people of Sanaa to stay away from the communities and military camps where Houthi militias are located.

Meanwhile, the Iranian-backed Houthis in Yemen claimed responsibility for the incidents, announcing that they had targeted facilities belonging to the UAE with ballistic missiles and unmanned aerial vehicles (UAVs).

It was reported that the operation, dubbed Yemeni Hurricane, “took place as a response to the escalation of attacks by Saudi Arabia, the US and the UAE”, according to a statement published on the Houthi-owned Al-Masira channel.

The statement said that Dubai and Abu Dhabi airports, an oil refinery in the Musaffah district of Abu Dhabi, some important and sensitive UAE-owned facilities and areas were targeted with five ballistic winged missiles and numerous UAVs.

At least three people were killed and six others injured due to blazes on Monday caused by a possible drone attack in Abu Dhabi.

The dead included two Indians and one Pakistani national, a police statement said.